Did You See This? Oladipo alley-oop, dunk sequence 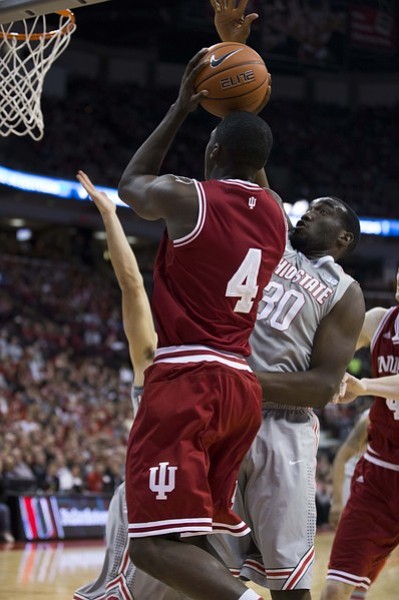 How about the sequence Victor Oladipo compiled in the first half of Sunday's win at No. 10 Ohio State? It was so nice, it had analyst Clark Kellogg later uttering this gem: "Victor Oladipo is like a baby's bottom – smooth and sometimes…explosive!" Quite the description, huh? But it was accurate, as the junior showed smoothness on a reverse alley-oop layup and explosiveness on a powerful two-handed flush. Watch the sequence now and see tweets about it in this post.

[ RELATED: Looking for a particular dunk? Find it in our Big Ten Dunk Archive! ]

Here are some of the best tweets following Oladipo's sequence:

EMERGING THEORY: Victor Oladipo is a hologram. Actual people can't do that.

And yes, the Oladipo slam was, uh, impressive. #iubb

Oladipo better than Zeller. Zeller never makes me say "wow," never dominates. Oladipo impresses me every time I See him.