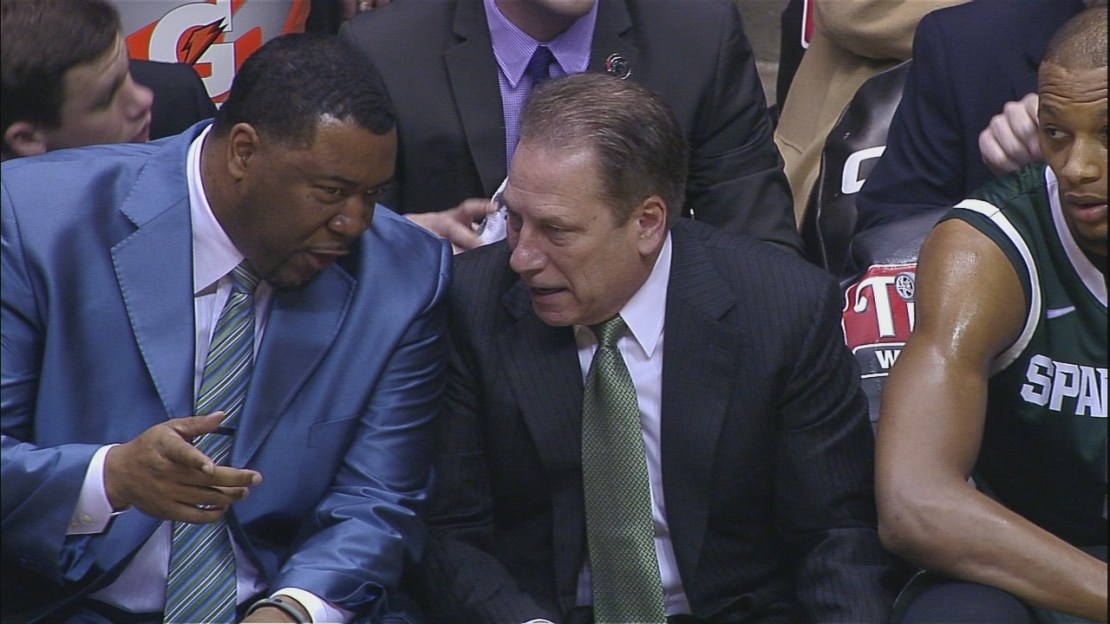 Michigan State associate head coach Dwayne Stephens is turning a bunch of heads with his suit of choice for tonight's game at Purdue. It's hard not to notice the, let's just call it, electric blue suit any time the camera follows the action going toward the basket on Michigan State's end of the floor. See a photo of the suit in this post, plus check out what people are saying about it on Twitter.

Here are some of the tweets about Stephens' suit:

Dwayne Stephens is looking larger than life on the sidelines in his shiny blue suit. Go Green!

Why do I feel like Dwayne Stephens is gonna have alter call at halftime in that suit?