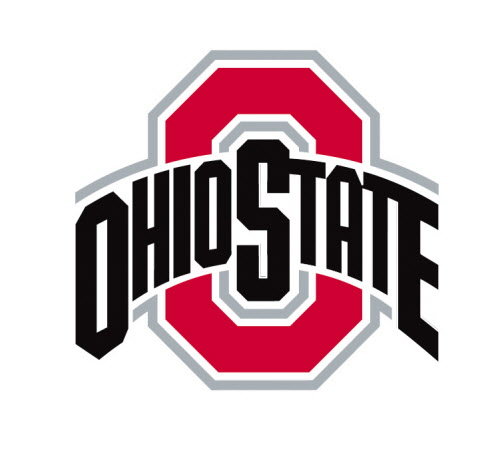 Often times, sports fans need a lot of time to adapt to any sudden uniform or logo changes their favorite teams make. We're seeing proof of that with Monday's release of Ohio State's new athletic logo. See the new logo in this post.

Not a major difference, right? The only real change is that "OHIO STATE" is now written in all-black. As several people have cracked on social media, it almost looks like Ohio State took a Sharpie to its logo or hit the "paint bucket."

According to Cleveland.com, school officials said the logo change was all part of Ohio State's mission to give the school a singular identity - something people would look at and immediately know it was Ohio State. Other school logos were redesigned as a part of the movement, as well.

That's all well and good, but a quick search across social media sites shows that Ohio State backers – and people in general – aren't exactly fans of the new logo. They'll just have to get used to it. And they probably will in time.

Here are some tweets about the new logo:

Ohio State's athletic logo was already lacking. Why not just go with the block O?

Ohio State's new logo is their old logo colored in with a Sharpie. They paid someone millions to do this. Phenomenal.

The new Ohio State athletic logo is terrible. Who thought that was a good idea?

And here's a good tweet that shows the old design and new design side by side:

I can totally understand why people are so angry about the new Ohio State logo. Such a radical redesign… pic.twitter.com/dRnqHDx4