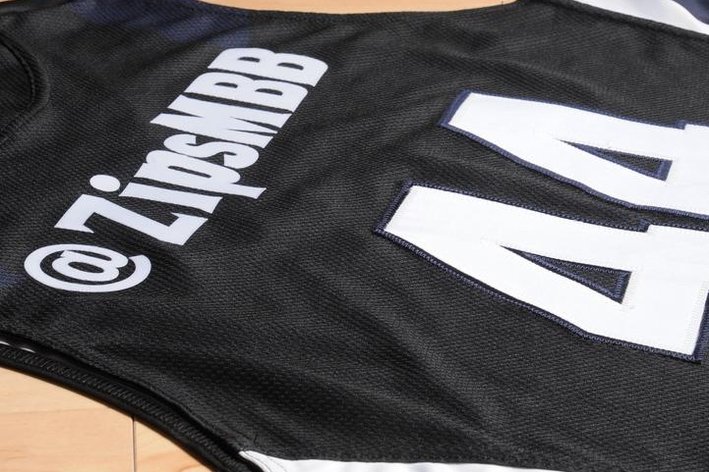 We've seen Twitter handles or hashtags in end zones, on football fields and on basketball courts. And if it wasn't for the NCAA rejecting its latest request Monday, Akron would have had its team Twitter handle (@ZipsMBB) on the nameplates of its jersey Saturday. Instead, the Zips will put @ZipsMBB on their warmup shirts.

This is great move on the NCAA's part, considering it didn't grant Iowa permission to wear Chris Street's surname on the back of its jersey last week.

Before the NCAA announced it had rejected Akron's request, though, I had a few questions about how this would impact the future of uniforms. (Yes, I really like uniforms.) For example, would other teams follow Akron's lead? Would a school make this a permanent thing? And would this ever become the norm?

Luckily, we don't have to worry about those things – for now. But I wouldn't be surprised if teams find a way around the NCAA on this one, with, say, a Twitter patch on the shoulder of the jersey. That said, it's hard to believe a Big Ten team would Twitter-ize its jersey for anything more than a "Social Media Night."

Right? I mean, is it not enough to have it plastered around the stadium/arena and on the field/court?

Here are some tweets about the idea:

@BTNBrentYarina I'm cool with it on field or court. But not jersey.

@BTNBrentYarina No. Looks stupid and it is NOT- the school name -nickname-mascot-or a player name.

St. Lawrence women's hockey doing that and personal handles on back this weekend. @BTNBrentYarina: Akron putting Twitter handle on jersey

@BTNBrentYarina Brent here is our press release on why we feel it is a good idea. http://t.co/PirOIato