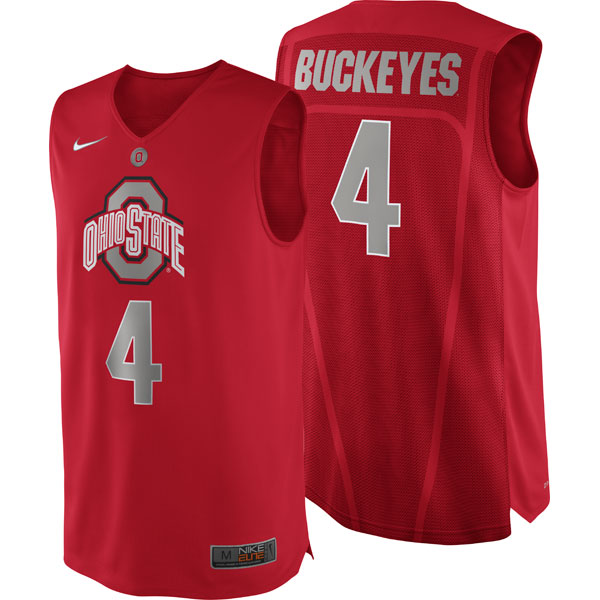 No company outfits more Big Ten schools than Nike. Let's see, there's Illinois, Iowa, Michigan State, Minnesota, Ohio State, Penn State and Purdue, for a total of seven schools. If you caught the recent Gonzaga-Butler game, you probably have a good idea why this is being mentioned. Nike put Gonzaga in the awful (practice) jerseys that featured the school's logo above the number.

Buckeye and Spartan fans, get ready to see your teams in something similar. Michigan State will wear its version Sunday at Indiana, while Ohio State will don its Feb. 5 at heated rival Michigan.

Here's to hoping Nike doesn't put too many other Big Ten teams in this look. As LostLettermen.com points out, Nike seems to have learned nothing from its 1999-2000 North Carolina debacle. Evidently, the company wants these teams to take a part of their home court (the midcourt logo, that is) on the road. Honestly.

Cute idea, I guess, but jerseys look better and less practice-like when the school name, mascot or initials are spelled out above the players' number.