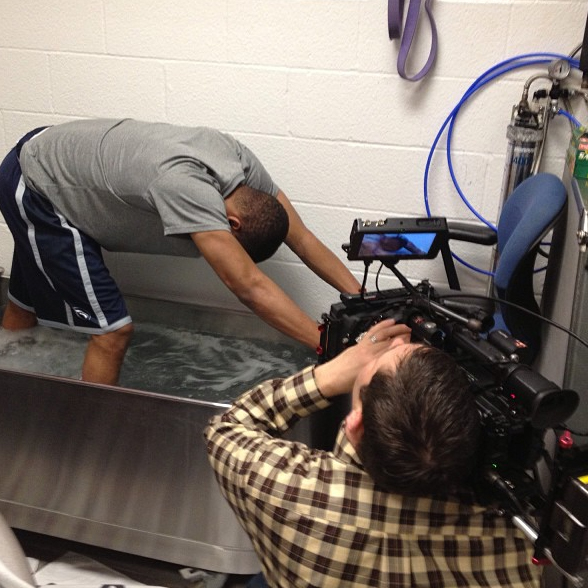 The point guards featured include Trey Burke, Aaron Craft, Tim Frazier and Andre Hollins. Read more about the show in this post.

Here's what you can expect on the show:

We profile Michigan?s Trey Burke, who discusses how returning to school for his sophomore year has made him a better player. Also, we talk to Burke about looking forward to playing in his hometown of Columbus, Ohio last Sunday.

We also spotlight Ohio State?s Aaron Craft, a one-time AAU teammate of Burke, who has become one of the faces of Ohio State athletics as a result of his academic and athletic excellence.

We travel to Penn State to visit injured Penn State point guard Tim Frazier and explore how he has embraced the role of player-coach while helping his teammate D.J. Newbill run the Nittany Lions offense.

We also visit Minnesota and talk to Andre Hollins about why he turned down Stanford and Harvard to play on a bigger basketball stage where Tubby Smith now trusts Hollins him to run the team and occasionally call his own plays.

Finally, we go behind the scenes at the Michigan-Ohio State game last Sunday and how it came down to a one–on-one matchup between Burke and Craft.

Follow the show on Twitter and go behind the scenes with show producers running@BTNJourney for updates, photos, videos and more. We're also on Facebook and Storify, too. Here are a few of their latest photos from Instagram:

Still haven't seen Season Premiere of #BTNJourney? Fear not. Will re-air on FRIDAY at 630p ET and again at 1130p ET after Wisconsin Hockey.