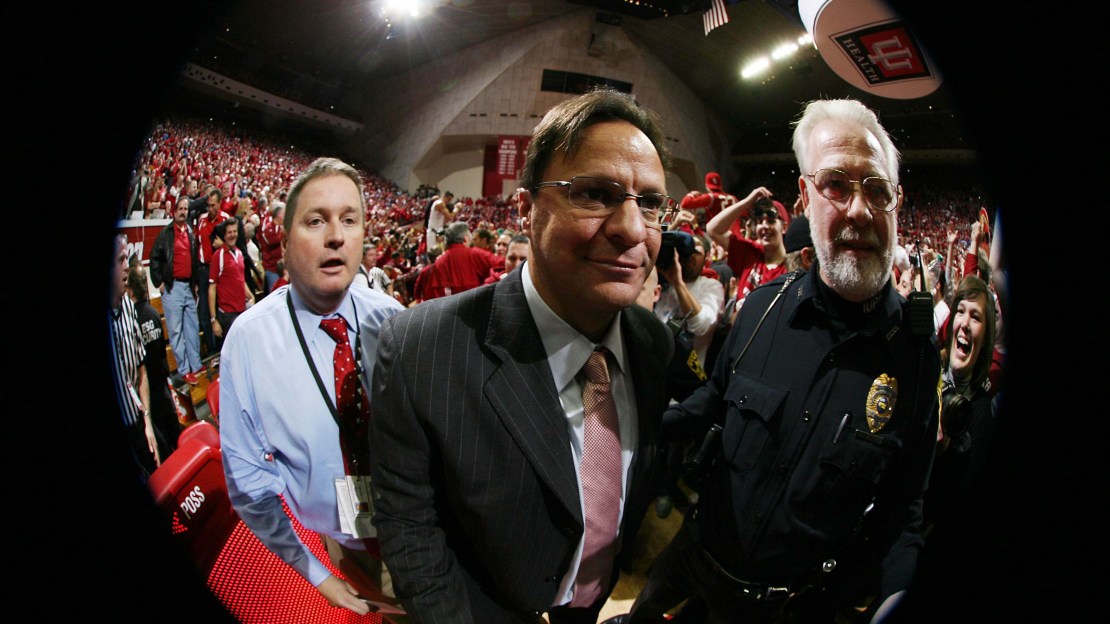 Tom Crean and Bo Ryan have long been bitter rivals. The rivalry goes back to Crean's Marquette days, when the two coaches faced off once a season. Nowadays, they typically play twice a year. And since Crean came to Indiana, in 2008, Ryan has owned the rivalry, to the tune of a 9-0 record. The latest win came in Tuesday's upset at Assembly Hall, and neither coach seemed overly excited about greeting the other in the postgame handshake line. Watch the ultra-quick handshake now.

Admittedly, it's just a handshake. For all we know, the two coaches could have exchanged pleasantries before the game or after it, when the cameras weren't around.

That said, it's not every day you see a handshake as quick as that one. Plus, it got basketball fans' attention.

Bo Ryan and Tom Crean have had what you'd call a spirited rivalry dating to Crean's days at Marquette. But it's been all Bo lately.

Winner for the quickest post game handshake in history goes to…Tom Crean. Wow, he was in a hurry to get off the court.

Apparently Tom Crean has been talking to his brother-in-law Jim Harbaugh about postgame handshakes.

The two won't meet again this season, unless Indiana and Wisconsin face off in the Big Ten tourney or NCAA tourney.