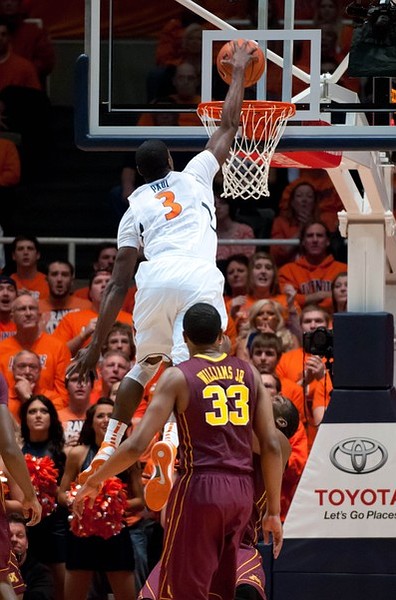 Last night, it was Sam Thompson putting A.J. Hammons on a poster (Watch it). Wednesday night, it was Brandon Paul doing it to Trevor Mbakwe. Paul's posterizing flush was as impressive as any we've seen this year, but it also was a little controversial. The Illini senior was called for a charge on the play, and yet the bucket counted. Maybe because the dunk was just THAT good? Watch the slam now and see the Twitter reaction to it in this post.

The dunk made for a terrific photo, too. Check out this tremendous USA TODAY Sports shot of the dunk: See some of the tweets following Paul's dunk:

Oh my, Brandon Paul poster … but he's called for the charge.

Brandon Paul just put Trevor Mbakwe on a poster — but it was a charge.