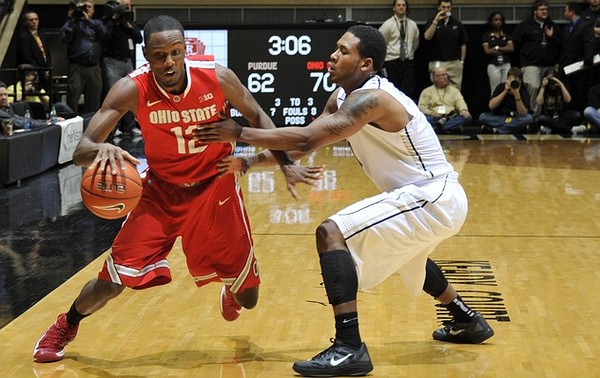 Sam Thompson is quickly becoming the media's best friend. Pretty much every game, the Ohio State sophomore gives us something to talk about, something to watch over and over. And we all appreciate it. Of course, I'm referring to his unbelievable dunks.

Earlier Tuesday, I posted my top 5 dunkers in the Big Ten. Only question is: Should Thompson have been No. 1? Nah, until Rodney Williams leaves, everyone's battling for No. 2. Check out all of our Thompson highlights.

And here's the Twitter reaction to Thompson's latest jam:

I think for the rest of the season at home games, Ohio State's halftime shows should just be Sam Thompson doing stuff

Awesome throw down by Sam Thompson. I know what that's like! pic.twitter.com/FW1J1iTM

I know one thing Sam Thompson does: dunk. And he does it well.

Dakich just said Thompson was "dunking it with is head!" hahaha