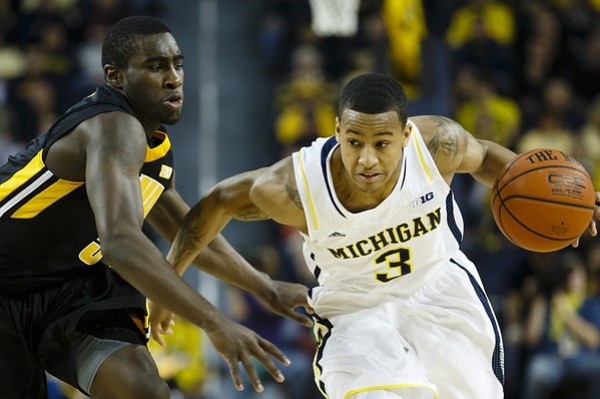 It's time for my latest Big Ten hoops power rankings. While it doesn't take a genius to figure out the top team, there's plenty of debate after No. 2 Michigan. See where I rank your team in this post.

Don't agree with the rankings? Feel free to leave your thoughts in the comment box at the bottom of the post. Or tweet it my way (@BTNBrentYarina).

2. Indiana, (13-1, 1-0) – Somehow, many are worried about Indiana's narrow victory at Iowa in the Big Ten opener. Consider this: Sharpshooter Jordan Hulls went 0-for-10, the worst performance of his career. That doesn't figure to happen again.
Last week: No. 2

3. Minnesota, (14-1, 2-0) – As the Big Ten Geeks point out, the Gophers are grabbing a nation-leading 50 percent of their misses on way to averaging a ridiculous 16.8 offensive boards. And this is a team that is shooting a respectable 47 percent!
Last week: No. 3 4. Illinois, (14-2, 1-1) – Nnanna Egwu's 16-point, eight-rebound effort against Ohio State was, by far, the big man's best career performance. While the Illini can't expect lines like that every night, they'd be a real tough team if Egwu became a consistent inside presence.
Last week: No. 5

5. Michigan State, (12-3, 1-1) – Something I've thought numerous times watching the Spartans this season: I hope Gary Harris stays in college as long as possible. This wing is something special, and he's only a freshman, one who has battled injury to boot.
Last week: No. 6

7. Wisconsin, (11-4, 2-0) – The Badgers are one of four unbeaten teams left in Big Ten play. But Wisconsin fans shouldn't be without worry. That's because the wins have come against Penn State and Nebraska, and neither has been very easy or impressive.
Last week: No. 8

10. Northwestern, (9-6, 0-2) – First, it was JerShon Cobb's season-long suspension. Next, it was All-Big Ten candidate Drew Crawford's season-ending shoulder injury. Then, it was Reggie Hearn's ankle. Hearn is back, although it sure doesn't feel like Northwestern's year.
Last week: No. 9

11. Nebraska, (9-6, 0-2) – It's been a question all season: Where is the scoring going to come from? Through two Big Ten games – albeit against solid defensive teams in Ohio State and Wisconsin – Nebraska averages a head-scratching 42.5 points.
Last week: T-No. 10