Did You See This? Hardaway one-handed dunk 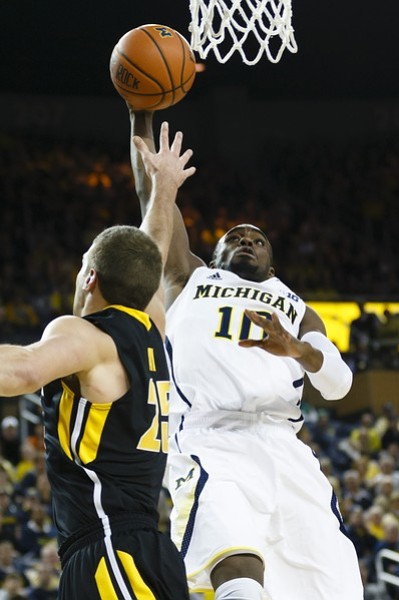 No. 2 Michigan came up with more than its share of highlights (watch all of them) during Sunday's victory over Iowa. None, however, were bigger than Tim Hardaway Jr.'s terrific one-handed slam. In transition, Hardaway Jr. outraced several Hawkeyes down the floor, took the pass from Trey Burke, and threw it down over Iowa's Eric May. Watch the dunk here, and see some Twitter reaction in this post.

Here are some of the tweets that followed immediately after Hardaway's dunk:

Only two things could have made that Tim Hardaway dunk better: a cape and a shattered backboard.

That was an NBA dunk right there by Tim Hardaway Jr. Just filthy.

Hardaway Jr. had another nice one-hander vs. Iowa:

And how can we talk dunks without singling out one of Glenn Robinson III's five slams?