Did You See This? Bo Ryan burns Tim Doyle 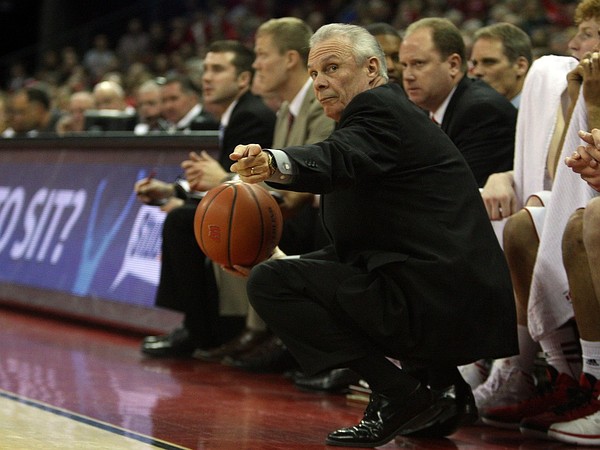 Let's get two things out of the way here first: 1.) Bo Ryan gives pretty entertaining postgame interviews, ones often peppered with a joke or two; and 2.) BTN analyst Tim Doyle's Northwestern career was a lot better than most remember. OK, now that that's out of the way, it's time to get to Ryan's postgame interview with Doyle following Sunday's 47-41 victory at Nebraska.

As the score indicates, the game wasn't exactly a thing of beauty. And when Doyle mentioned it wasn't "pretty" and asked Ryan what he said to Nebraska coach Tim Miles in the handshake line, the veteran coach offered up the following zing:

"Well, I'll tell you what I told Tim Miles after I say when you say something's not pretty, I hope people remember how you used to play. Anyhow…"

It had to be a playful zing, because as mentioned above, Doyle had a solid college career.

After all, in 2006-07, Doyle set a Northwestern single-season record with 157 assists on his way to becoming the first player in school history to record at least 350 points, 150 assists, 100 rebounds and 50 steals in a season. In only three seasons, he also amassed 341 assists, which ranked as the fourth-best total in school annals.

Another example of Ryan's knack for humor in postgame interviews: