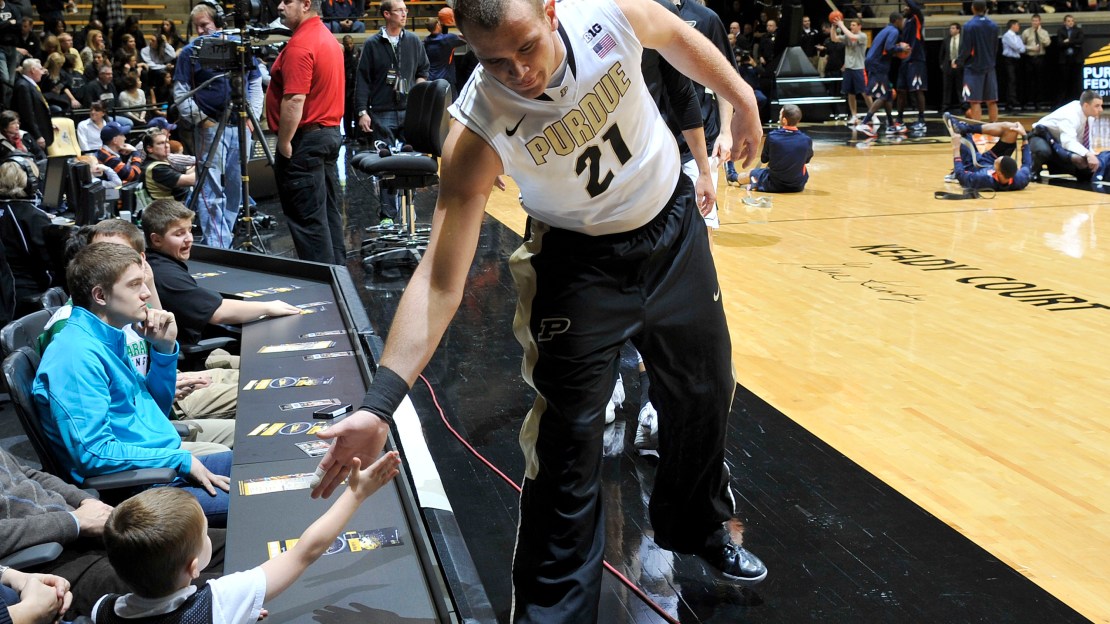 There are plays that fans never forget, and D.J. Byrd came up with one in Wednesday's 68-61 win over Illinois that the Purdue faithful should have no trouble remembering. With 21.5 seconds left, Purdue leading 63-61 and Jacob Lawson at the free-throw line, Byrd corralled a missed freebie, on his knees, and managed to call a timeout before going out of bounds. Watch the play here.

Whether he traveled or shouldn't have been granted the timeout due to the fact he was falling out of bounds, it's still a veteran/smart/creative hustle play.

And Byrd wasn't done with the big-time plays. Seconds later, the senior came up with a huge bucket and foul to put the game out of reach.

Byrd, who's suffering through a season-long slump, finished with 15 points. He also hit four 3-pointers, his most since Nov. 28.