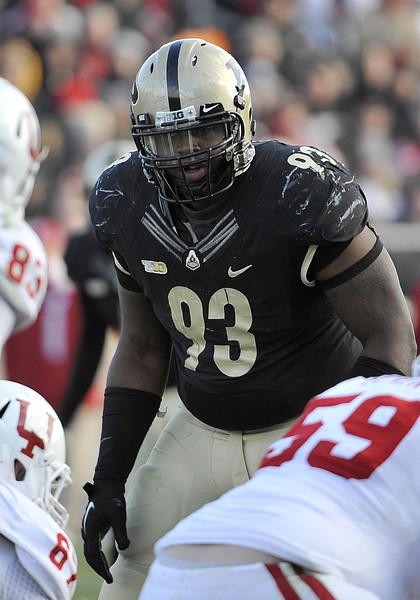 Purdue will arrive in Dallas without head coach Danny Hope, who was fired after four seasons despite guiding the Boilermakers to a second bowl in succession. This is a chance to punctuate a second consecutive season with a bowl win, which hasn?t happened since winning back-to-back Alamo Bowls in 1997-98. And the Boilermakers arrive with some momentum, having won three in a row.

Conversely, Oklahoma State has lost two in a row and has been wracked by injury. Still, many feel Purdue is the biggest underdog of the entire bowl landscape.

Player on the spot: Robert Marve. The Purdue signal-caller took over in the last half of the season and provided a physical and spiritual spark. Marve makes plays with his arm and feet despite playing with a busted ACL. It has been inspiration to see him rally Purdue to three wins in a row to become bowl eligible after the team had no wiggle room down the stretch.

Top individual matchup: Oklahoma State running back Joseph Randle vs. Purdue defensive line. The junior paces the Big 12 in rushing with 1,351 yards. He has been a steady, consistent force all season for a team that has had three quarterbacks each throw for over 1,000 yards. The Boilermakers? front may feature as many as three future pros, paced by tackle Kawann Short.

Top unit matchup: Purdue offensive line vs. Oklahoma State defensive line. The Pokes have two good tackles in Calvin Barnett and James Castleman. They will face a Boilermaker offensive line that has battled consistency issues this season. If the Boiler front can?t control those tackles and get a push, the Purdue offense may struggle.

1. Offense. The Boilermaker attack has taken flight in recent weeks as the team made a push for a bowl. This is an offense with some speedy playmakers, with the likes of Antavian Edison and O.J. Ross at wideout and Akeem Shavers and Akeem Hunt at running back. The Okie State defense has been spotty, getting torched for 600 yards in games vs. Baylor and Oklahoma to end the season.

2. Glad to be there. Purdue is making back-to-back bowl trips for the first time since 2006-07. This bowl trip is a chance to put another brick in the wall for a program that?s looking to grow as Darrell Hazell takes control after being hired from Kent State.

3. Ralph Bolden will play. At least that?s what he?s saying after missing the finale with a knee injury. Good thing, because the senior is the team?s best running back but has battled knee injuries his entire career.

1. Defense. The unit has some great individuals in tackle Kawann Short and corners Ricardo Allen and Josh Johnson. But collectively, the defense has been punched often for big plays. And that may be trouble vs. an Oklahoma State offense that has a strong aerial attack.

2. Robert Marve?s knees. They are gimpy, as the sixth-year senior has had to deal with multiple surgeries. If he goes down, it could spell trouble for the Boilermakers since Caleb TerBush and Rob Henry lack Marve?s moxie and skill set.

3. How will the team perform for interim coach Patrick Higgins? The players loved Danny Hope. It?s tough to figure how the dynamic of a coaching change will impact the players. But they should want to play well for new coach Darrell Hazell, who is waiting to be impressed.