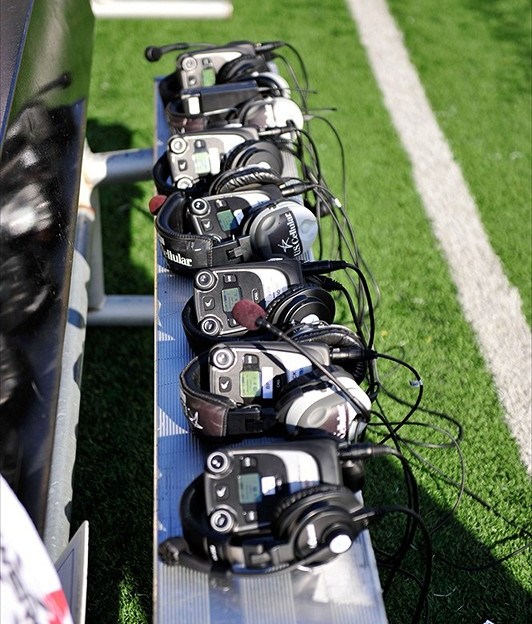 Big Ten players have been honored on various all-conference teams. But what about the assistant coaches? Let?s take this time to honor them on a 2012 Big Ten All-Assistant Coach Team.

Coordinator: Tim Beck, Nebraska. He pushed the buttons on the No. 1 offense in the Big Ten (462.2 ypg). And the Cornhuskers also were No. 2 in the Big Ten in scoring (35.1 ppg) during a 10-win season that saw Nebraska win the Legends Division. Want more? Beck helped groom quarterback Taylor Martinez into the most efficient passer in the Big Ten. Well done!
Others of note: Tom Herman, Ohio State; Seth Littrell, Indiana; Bill O?Brien, Penn State

Quarterbacks: Mick McCall, Northwestern. McCall deftly handled a two-headed quarterback situation all season, bringing out the best of Kain Colter and Trevor Siemian. The result was a highly-effective offense that ranked No. 3 in the Big Ten in scoring (31.5 ppg). If not handled properly, this situation could have proven ruinous. Credit McCall, as the Wildcats enjoyed a nine-win season.
Others of note: Charlie Fisher, Penn State; Al Borges, Michigan; Matt Canada, Wisconsin

Line: Ed Warinner, Ohio State. He arrived from Notre Dame and inherited a line that, frankly, was a mess in the spring. But Warinner whipped the group into shape for an offense that was No. 2 in the conference in rushing (242.3 ypg) and No. 1 in scoring (37.2 ppg). Warinner?s best work: He made former tight end Reid Fragel into a very good tackle.
Others of note: Mac McWhorter, Penn State; Barney Cotton, Nebraska; Adam Cushing, Northwestern

Receivers: Kevin Johns, Indiana. He doubled as the quarterbacks coach, helping the Hoosiers have the No. 1 passing offense in the Big Ten (311.2 ypg). Indiana had three of the Big Ten?s top 10 pass catchers in Shane Wynn (68); Cody Lattimer (51); Kofi Hughes (43). And Johns did all of this despite losing quarterback Tre Roberson early in the year to a broken leg.
Others of note: Dennis Springer, Northwestern; Rich Fisher, Nebraska; Stan Hixon, Penn State

Running backs: Thomas Hammock, Wisconsin. He presided over the best collection of running backs in the Big Ten, as the Badgers were No. 3 in the Big Ten in rushing (237.8 ypg). After a slow start, Montee Ball ranks No. 2 in the Big Ten in rushing (133.1 ypg). And he set the NCAA record for career touchdowns with 82 (76 rushing; six receiving). James White is an explosive runner with 802 yards rushing, while redshirt freshman Melvin Gordon flashed promise with 570 yards rushing.
Others of note: Ron Brown, Nebraska; Stan Drayton, Ohio State; Matt MacPherson, Northwestern; Lester Erb, Iowa

Tight ends: John Strollo, Penn State. We all knew Bill O?Brien had an affinity for using tight ends. And Strollo put it all in action, helping to cultivate the best collection of tight ends in the Big Ten. Kyle Carter (36 catches); Matt Lehman (24); Jesse James (15) proved to be a precocious and strong college of targets for Matt McGloin.
Others of note: Tim Hinton, Ohio State; Eddie Faulkner, Wisconsin; Vince Marrow, Nebraska

Coordinator: Pat Narduzzi, Michigan State. He continues to push the buttons on a defense that ranks among the nation?s best. The Spartans paced the Big Ten and ranked fourth in the nation in total defense (273.3 ypg). Stopping the run is the forte of Narduzzi?s unit, as it paces the league and ranks eighth in the country (99.6 ypg). In 2011, Narduzzi's defense had its best showing since his arrival in East Lansing. Michigan State led the Big Ten in rushing defense (100.5 ypg), total defense (277.4 ypg.), interceptions (18) and third-down defense (.337).
Others of note: Greg Mattison, Michigan; Chris Ash, Wisconsin; Ted Roof, Penn State

Line: Mike Vrabel, Ohio State. The former NFL star is in just his second season in Columbus, but Vrabel already is impressing with his combination of passion and attention to detail. Few would argue that the Buckeyes had the best line in the Big Ten, with players like Johnathan Hankins and John Simon, among others. Vrabel also hastened the development of a strong collection of youngsters for a defense that was No. 2 in the Big Ten vs. the run (116.1 ypg).
Others of note: Charlie Partridge, Wisconsin; Marty Long, Northwestern; Ted Gill, Michigan State

Linebackers: Ron Vanderlinden, Penn State. A holdover from the previous staff, Vanderlinden maximized the talents of one of the best corps of linebackers in the Big Ten. Michael Mauti was the star pupil, but Gerald Hodges also is big-time along with Glenn Carson. The trio finished atop the team?s tackling chart for a defense that overcame a lack of depth to rank No. 4 in the Big Ten in scoring (19.1 ppg).
Others of note: Andy Buh, Wisconsin; Mike Tressel, Michigan State; Mark Smith, Michigan; Randy Bates, Northwestern

Secondary: Curt Mallory, Michigan. He lost cornerback Blake Countess to a season-ending injury in the opener, but the secondary continues to excel en route to ranking No. 2 in the nation in pass defense (155.2 ypg).
Others of note: Terry Joseph, Nebraska; Jay Sawvel, Minnesota; John Butler, Penn State