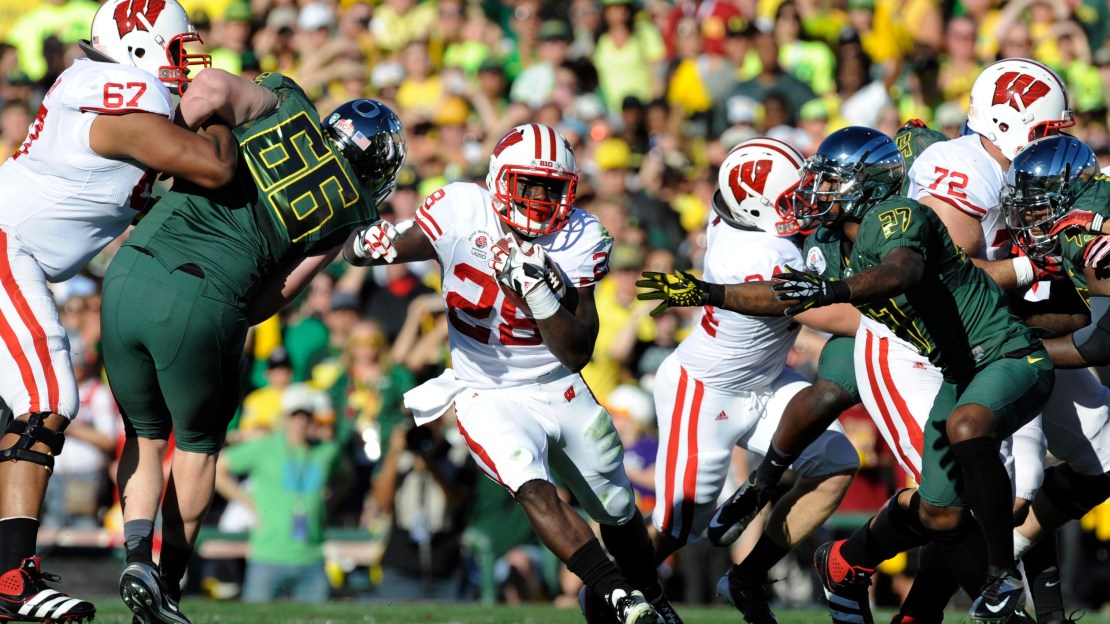 It?s the holiday season. Time is precious. There are many options when it comes to Big Ten bowl games but there are also five of them on Jan. 1 alone. Which ones should you watch? What should you watch for in each? That?s where I come in with my nifty ranking of the Big Ten bowls from 1-7.

So, sit back, put down the remote, pick up your eggnog and candy cane and read on.

1. Rose Bowl, Jan. 1. Wisconsin vs. Stanford. It?s the ?Granddaddy of ?em All!? Need I type more? Of course not. Yes, the Badgers are the first five-loss team ever to play in the Rose Bowl. And five Big Ten teams-Ohio State, Penn State, Nebraska, Michigan, Northwestern–have better records. But the presence of iconic Barry Alvarez on the sidelines jazzes up this potential ho-hum clash between similar schools. Now, we have this drama: Can Alvarez get Rose Bowl victory No. 4? And, I wouldn?t be shocked if Wisconsin has a new head coach who will just happen to get some air time while standing on the sidelines or sitting in a luxury box during the telecast.

2. Capital One Bowl, Jan. 1. Nebraska vs. Georgia. Both of these teams lost their respective conference championship game-but in vastly different fashions. The Cornhuskers got blown out by Wisconsin, 70-31; the Bulldogs lost a 32-28 decision to Alabama which cost them a shot at playing for the national title. Still, these are two talented and well-coached teams. Bonus: This battle of quarterbacks (Taylor Martinez vs. Aaron Murray) will be one of the best of the postseason.

3. Outback Bowl, Jan. 1. Michigan vs. South Carolina. There will be no better individual matchup in the postseason than the battle between Wolverines offensive tackle Taylor Lewan and Gamecocks defensive end Jadeveon Clowney. Each is a future first-round draft choice. It also will be fun to see if Michigan has anything special in store for Denard Robinson in his last game as a Wolverine-Quarterback? Running back? Receiver? Punt returner? Defensive back? Why not let Denard go out in style?

4. Heart of Dallas Bowl, Jan. 1. Purdue vs. Oklahoma State. No, this isn?t a new bowl; it used to be called the Ticket City Bowl. The Boilermakers will arrive in the iconic Cotton Bowl as one of the nation?s hotter teams, having won their last three games to become bowl eligible. And Purdue has done it with a one-legged quarterback in Robert Marve. (The story of Marve needs more attention. This has been amazing.) But can the Boilers keep pace with a super-charged Cowboys offense? This could be fun to watch.

5. Gator Bowl, Jan. 1. Northwestern vs. Mississippi State. The Wildcats made their first bowl appearance after the 1948 season, beating Cal in the Rose Bowl. The start of something big, right? Wrong. It would be 42 years until NU?s next bowl, the Rose after the 1995 season. The Wildcats lost that-and eight more. Just amazing. Will the ugly nine-game skein end?

6. Meineke Car Care Bowl of Texas, Dec. 28. Minnesota vs. Texas Tech. The Gophers are limping into this game, going 2-6 down the stretch. The Red Raiders have lost four of their last five and just saw their head coach dine and dash for a lesser job. Drama? It?s missing. But there could be lots of points, since neither defense is outstanding-but the Gopher offense was struggling down the stretch. And, for what it?s worth, the last time these teams met, it resulted in one of the wildest bowls of all time. Tech overcame a 38-7 third-quarter hole-to take a 44-41 overtime victory, the largest comeback in bowl history.

7. Buffalo Wild Wings Bowl, Dec. 29. Michigan State vs. TCU. If you doze off while watching this, don?t blame it on tryptophan. Points and big plays figure to be few and far between in this potential snooze fest. Occupy yourself by counting the number of times Le?Veon Bell carries the ball. You may get all the way to 40 in what could be his swan song as a Spartan.