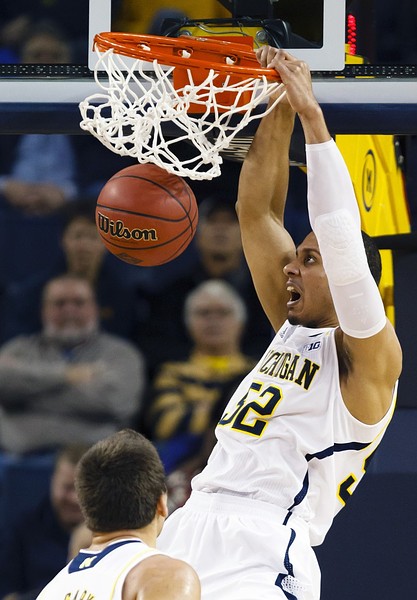 It's Monday, and that means it's time for my latest Big Ten Power Rankings. There's a new No. 1 team on the list following Indiana's loss to Butler on Saturday in the Crossroads Classic.

How far did the Hoosiers drop as a result of the loss? Find out in this post.

2. Indiana, 9-1 – The way some are reacting to Saturday's loss, you'd think Indiana was blown out of the gym by a struggling lower-rung team. This was a two-point overtime loss to Butler (8-2) – an instate rival that also happened to hit 11-of-24 treys.
Last week: No. 1

3. Ohio State, 8-1 – If sophomore forward LaQuinton Ross continues his recent play – 51% FG, 14.8 points, seven rebounds, 1.5 assists and 1.5 steals the past four games – the Buckeyes have more than enough talent to compete with just about anyone.
Last week: No. 3

[ RELATED: Watch BTN.com's top 10 videos from the week that was ]

4. Minnesota, 11-1 – Here's how good the Gophers are: Trevor Mbakwe still comes off the bench. With all respect to Indiana's Will Sheehey, no Big Ten team features a reserve like Mbakwe. The guy just pulled down a career-high 18 rebounds in 21 minutes after all.
Last week: No. 4 5. Illinois, 12-0 – The Illini, as many have said, are playing to their level of competition. It's a dangerous way to live, but Illinois is a Big Ten-best 12-0. This team will continue to surprise – as long as Brandon Paul shoots his current 46 percent, as opposed to career 38 percent.
Last week: No. 5

6. Michigan State, 9-2 – In Derrick Nix and Adreian Payne, Michigan State boasts length and size that few teams can match. Each big man compiled an impressive double-double Saturday night, with Nix going for 11 and 13 and Payne 12 and 10.
Last week: No. 6

8. Wisconsin, 7-4 – The recent insertion of Sam Dekker into the starting lineup is a smart move. Bo Ryan and the Badgers need more playmakers out on the floor, and the true freshman gives them just that.
Last week: No. 8

9. Northwestern, 7-3 – Drew Crawford's season-ending shoulder injury is a tough one to swallow. Coupled with JerShon Cobb's suspension, the Wildcats now are without two of their better players. It's time to see what Reggie Hearn can do in the lead role.
Last week: No. 9

10. Purdue, 4-6 – As nice and unexpected as freshman Raphael Davis' coming out party was in the loss to Notre Dame (8-of-9, 21 points), Matt Painter's team lacks any sort of offensive consistency.
Last week: No. 10

[ RELATED: Tom Dienhart previews the week ahead in Big Ten ]