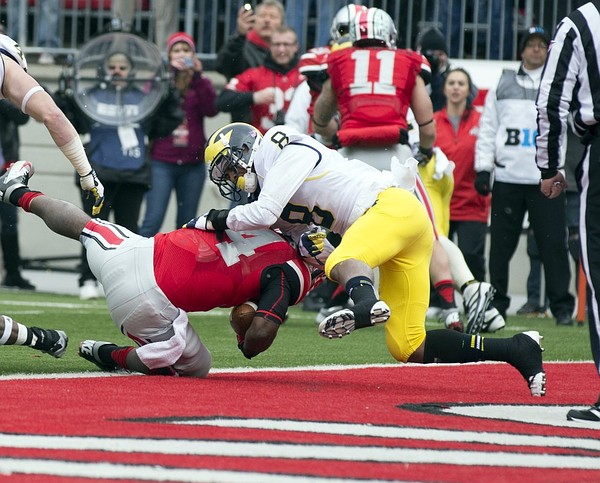 Michigan has suspended cornerback T.J. Floyd, punter Will Hagerup and linebacker Brandin Hawthorne from the Outback Bowl vs. South Carolina for an undisclosed violation of team rules.

?It is an honor to play football for the University of Michigan, and we have high standards and expectations for everyone that represents our program," coach Brady Hoke said in a statement. "These young men used poor judgment in each circumstance, and these suspensions are teaching moments for our team."

The Wolverines will miss Floyd and Hagerup the most. Floyd netted honorable mention All-Big Ten honors after starting every game. Hagerup was named the Big Ten?s top punter after averaging a Big Ten-best 45.0 yards per boot.

Courtney Avery is expected to start in place of Floyd. Dennis Norfleet also could see action, but he just recently was moved from running back. Bottom line: Michigan will be vulnerable at corner, with Raymon Taylor in his first year starting after taking over when Blake Countess was lost for the season to injury in the opener.

The Wolverines now don?t have either of the corners they started the season with. South Carolina has the No. 7 pass attack in the SEC (229.5 ypg).

Matt Wile is expected to do the punting with Hagerup out. Wile has 26 career punts, averaging 38.2 yards. He has punted nine times in 2012, averaging 31.9 yards.