Did You See This? Oladipo brings down Assembly Hall 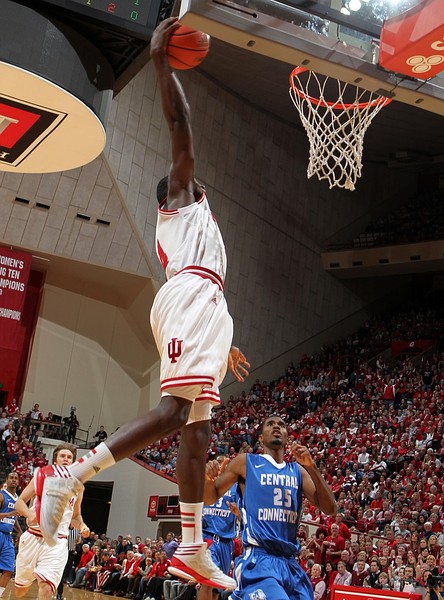 There are posterizing dunks, and then there is Victor Oladipo's in-your-face slam from Saturday night. Oladipo, he of several highlight-reel dunks in his two-plus seasons (remember this one?), threw down perhaps the best poke of his career in the first half against Central Connecticut State. In transition, no one accounted for Oladipo, and he drove to the rim, where Terrell Allen went for the block. Needless to say, Allen didn't get it.

[RELATED: Dunk of the day: Oladipo or Thompson?]

The dunk brought down the house at Assembly Hall, and it left the Indiana bench in disbelief. Seriously, look at those faces. Oh, and BTN color analyst Shon Morris was rather impressed, as well.

"Terrell Allen may need to call Dr. Phil after witnessing such a traumatic event," Morris said, in only a way Morris can.