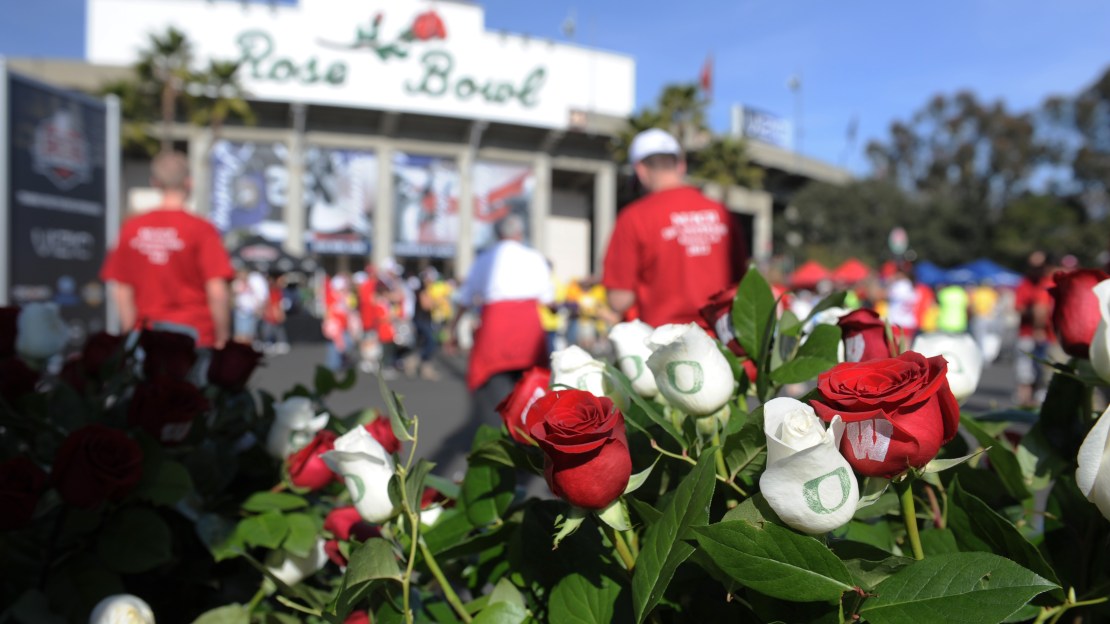 The bowl matchups are set as the Big Ten filled seven of its eight bowl slots. Four of the matchups are rematches of previous bowls. Here is a quick take on each bowl, with more analysis in coming days.

We'll get to breaking down the games in some detail in the coming weeks, but who do you think wins? Let us know in the comments at the end of the post. Or fire me a note via my weekly Big Ten mailbag.

Rose Bowl: Wisconsin (8-5) vs. Stanford (11-2)
The teams met in the Rose Bowl after the 1999 season, with the Badgers taking a 17-9 victory. It was the last time Wisconsin won the Rose Bowl, as it has lost each of the last two seasons in Pasadena to TCU and Oregon, respectively. This figures to be a tough, physical game between teams that love to run the football, as Wisconsin is the first five-loss team in the Rose Bowl. Will injured Badger quarterback Joel Stave play after hurting a collarbone in the Michigan State loss? Read more about Stanford.

Capital One Bowl: Nebraska (10-3) vs. Georgia (11-2)
This battle, a rematch of the 1969 Sun Bowl, pits the losers of their respective league title games. What will be the Cornhuskers? mind-set after they got hammered, 70-31, in the Big Ten title game by Wisconsin? The same concern exists for the Bulldogs, who had their heart cut out in a close loss to Alabama that cost it a shot at the BCS title game. Many felt Georgia deserved a BCS bowl bid regardless. Read more about Georgia.

Outback Bowl: Michigan (8-4) vs. South Carolina (10-2)
This will be a fun battle between Brady Hoke and Steve Spurrier. A young Wolverines team can use this as a launching pad to a run at the Big Ten title in 2013. An athletic and fast Gamecock defense will be a good challenge for a Michigan offense whose line has had consistency issues this season. And this will be one more chance for Wolverine icon Denard Robinson to go out with a bang. Read more about South Carolina.

Buffalo Wild Wings Bowl: Michigan State (6-6) vs. TCU (7-5)
This clash will feature two of the nation?s top defensive minds in Mark Dantonio and Gary Patterson. But neither team will arrive in Phoenix with much mojo. The Spartans needed to win their last game to become bowl eligible. The Horned Frogs lost their finale. And each team lost four of its last six games. Read more about TCU.

Meineke Car Care Bowl: Minnesota (6-6) vs. Texas Tech (7-5)
This is a rematch of the 2006 Insight Bowl, that saw the Red Raiders make the biggest comeback in bowl history in rallying from a 38-7 third quarter deficit to force overtime and take a 44-41 win that cost Glen Mason his job. The Gophers opened 4-0 but struggled down the stretch, going 2-6. And the offense struggled mightily. But Minnesota is happy to go bowling for the first time since 2009. The Red Raiders pose a test with a passing attack that ranks No. 2 in the nation. But like Minnesota, Texas Tech struggled down the stretch, losing four of its last five games. Read more about Texas Tech.

Heart of Dallas Bowl: Purdue (6-6) vs. Oklahoma State (7-5)
This is a rematch of the 1997 Alamo Bowl. The Boilermakers are hot, having won three in a row to become bowl eligible. But they will arrive without their head coach, as Danny Hope has been fired. Still, Purdue will be bowling for consecutive seasons for the first time since 2006-07. The Cowboys have to be a bit disappointed to fall this far after finishing fourth in the Big 12. But Oklahoma State did itself no favors by losing its last two games. Can Purdue slow down a high-flying Cowboy offense that is seventh in the nation in passing? Read more about Oklahoma State.