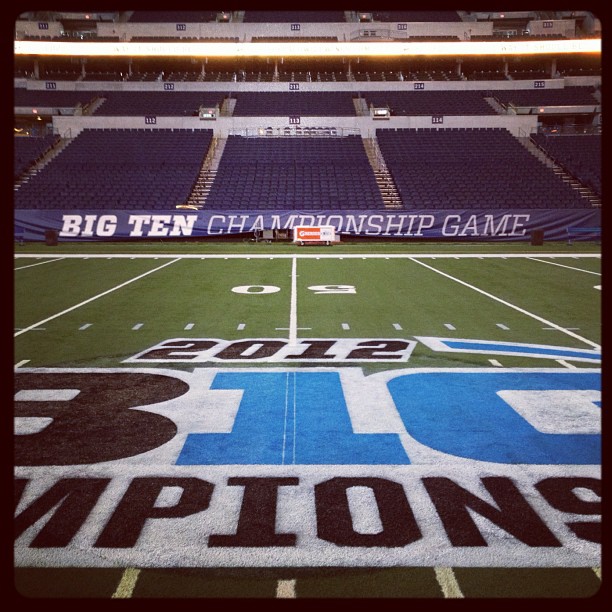 This should be fun. The 2012 Big Ten Football Championship Game, that is. People will argue it's not going to be much of a game, because it doesn't feature the Big Ten's top team – 12-0 Leaders Division champ Ohio State – it's a rematch of a game earlier this season, and it includes a 7-5 Wisconsin team that has lost three of its last four.

Still, that's not to say we should expect a dud Saturday night. For starters, let's not forget the teams played to an entertaining 30-27 decision Sept. 29 at Memorial Stadium. More so than Nebraska's narrow victory two months ago, the teams' flair for the dramatic gives the game plenty of intrigue.

Those three recent Wisconsin losses referenced above, they all came in overtime and two were of the three-point variety. Forget the last three losses, Wisconsin's five defeats are by a total of 19 points (3, 3, 3, 7, 3). In other words, the Badgers keep games close.

"We're a really good football team," Bret Bielema insisted when asked about his team's fortuitous position. "This is the best 7-5 team I've been around."

Move on to Nebraska, and five of its seven Big Ten wins came via double-digit second-half comebacks, including a 17-point rally against Wisconsin. Plain and simple, this isn't a Nebraska team that blows away Big Ten competition; in fact, it won one Big Ten game by more than 14 points (38-14 vs. Minnesota).

But wait, there's more. In the teams' first two Big Ten meetings, the road team has jumped out to a surprising early lead, only to see the home team answer and record the win. We'll have to wait and see what these two have in store on a neutral field.

Finally, Nebraska coach Bo Pelini said running back Rex Burkhead is "100 percent," which is great news for all parties. It's especially good for those who don't mind watching elite rushing attacks every snap for 60 minutes. Honestly, backfields don't get much deeper/talented than the combos of Burkhead-Ameer Abdullah-Braylon Heard-Imani Cross and Montee Ball-James White-Melvin Gordon.

Add it all up, and while it might not be the most enticing matchup, there's plenty to like about Saturday night's game.

"I don't care if there's 10 people in the stands," Pelini said, "it's going to be a great football game."