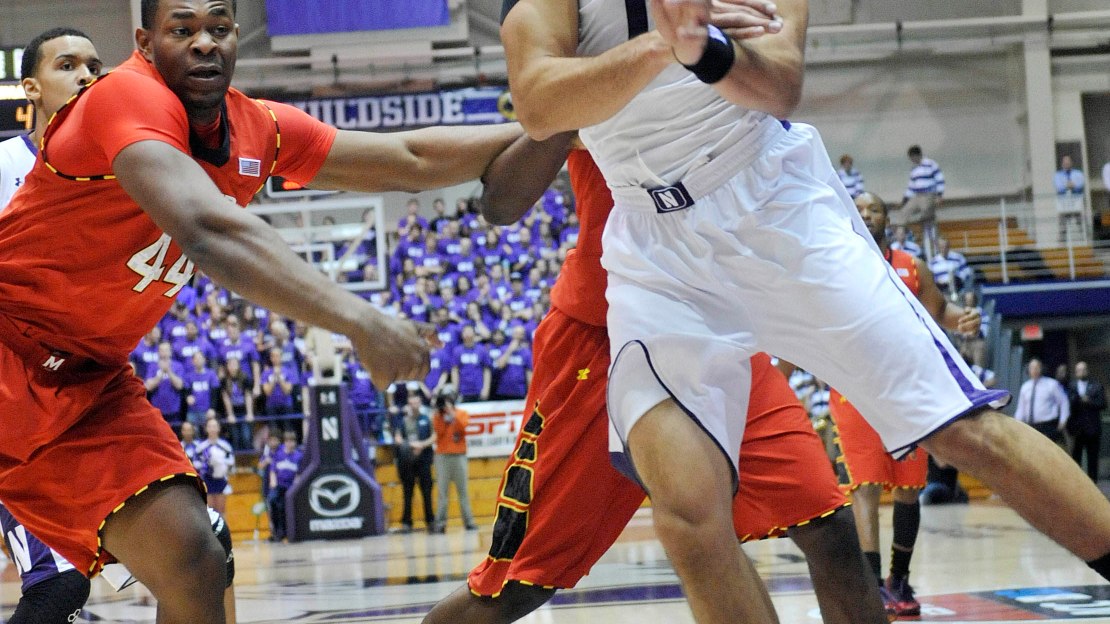 Dez Wells set a career high with 23 points as Maryland blew out Northwestern in the second half en route to a 77-57 win on Tuesday night. A week after Maryland announced it would leave the ACC and join the Big Ten in 2014, the Terrapins and Wildcats faced off in a preview of future conference foes and one of 12 contests in the annual ACC/Big Ten Challenge.

Reggie Hearn had 19 points and Dave Sobolewski 14 for Northwestern, which was denied a fifth straight ACC/Big Ten Challenge victory.

FINAL: Dezmine Wells scored 23 points to lead Maryland to a 77-57 win over Northwestern on Tuesday at Welsh-Ryan Arena in Evanston. Maryland (5-1) stole the momentum quickly in the second half, reeling off a 21-6 run to extend their lead to 16 points midway through the second half. Reggie Hearn had 19 points and made 6-of-10 shots from the floor for Northwestern (6-1) in the loss. The Wildcats struggled from the floor, shooting 34 percent (18-of-53). More Northwestern scoring came from Drew Crawford, who scored 10 and Dave Sobolewski, who scored 14.

HALFTIME: Dezmine Wells has 10 points to lead Maryland to a 28-26 lead over Northwestern at the end of the first half. Neither team has been able to take control of the game as the lead changed hands seven times. Reggie Hearn led the way for the Wildcats in the first half, with eight points, while Dave Sobolewski added seven and Drew Crawford five.