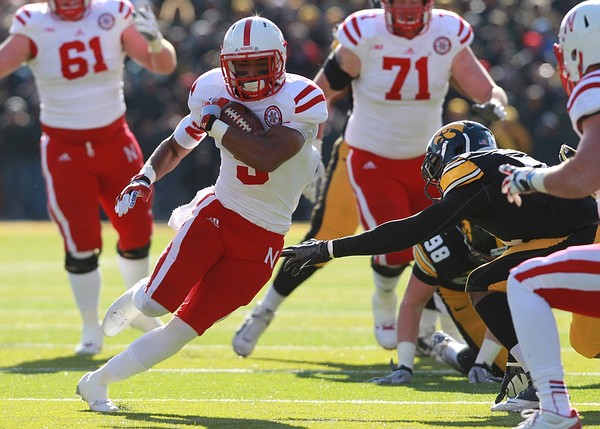 The regular season is over. All that?s left is the Big Ten title game, which could alter the Big Ten bowl projections at the top of the pecking order.

We know this for sure: seven teams will go bowling, as Purdue and Michigan State punched their tickets with wins on Saturday to join Nebraska, Wisconsin, Michigan, Northwestern and Minnesota. That means the Big Ten won?t be able to fill its eighth and final bowl spot in the Little Caesar?s Bowl. If Ohio State and Penn State weren?t on probation, the Big Ten bowl ranks would swell to nine. The Big Ten set a league record with 10 bowl teams last season.

And the Big Ten won?t have two BCS teams for the first time since the 2005 season. Speaking of the BCS, I have Nebraska going to the Rose Bowl. I sure hope Stanford beats UCLA in the Pac-12 title game so we don?t get a rematch from earlier this season of the Cornhuskers vs. the Bruins in Pasadena. UCLA won that, 36-30, and torched Nebraska for 653 yards back on Sept. 8.

The Huskers played Miami (Fla.) in the Rose Bowl for the BCS title after the 2001 season.

Here?s a look at my latest incarnation before I head to Indianapolis for the Big Ten title game.