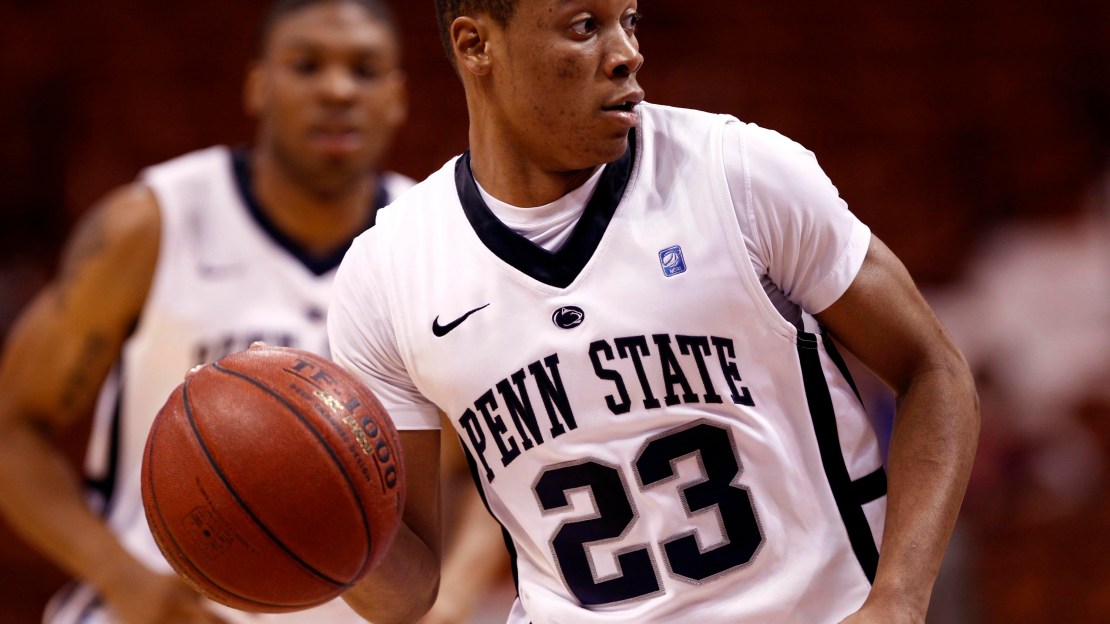 Penn State senior point guard Tim Frazier will undergo surgery to repair a torn left Achilles tendon Tuesday, putting him out for the remainder of the 2012-13 season. Frazier, who suffered the injury in Sunday's loss to Akron, is eligible to apply for a medical redshirt.

He entered this season as a Wooden and Naismith award candidate, and in three-plus games, averaged 16.3 points, 4.5 rebounds and 3.8 assists.

In Frazier's absence, it will be up to Jermaine Marshall and Southern Miss transfer D.J. Newbill to pick up the scoring slack. It won't be an easy task, though. Both players lack experience as a No. 1 scorer, and they'll have to do it without last year's Big Ten assist leader setting them up.

Frazier's injury also impacts the Big Ten as a whole. No, Penn State wasn't expected to compete, or even finish in the middle of the standings, but it was good for at least a couple of upsets. Without Frazier, those wins will be a lot harder to come by.