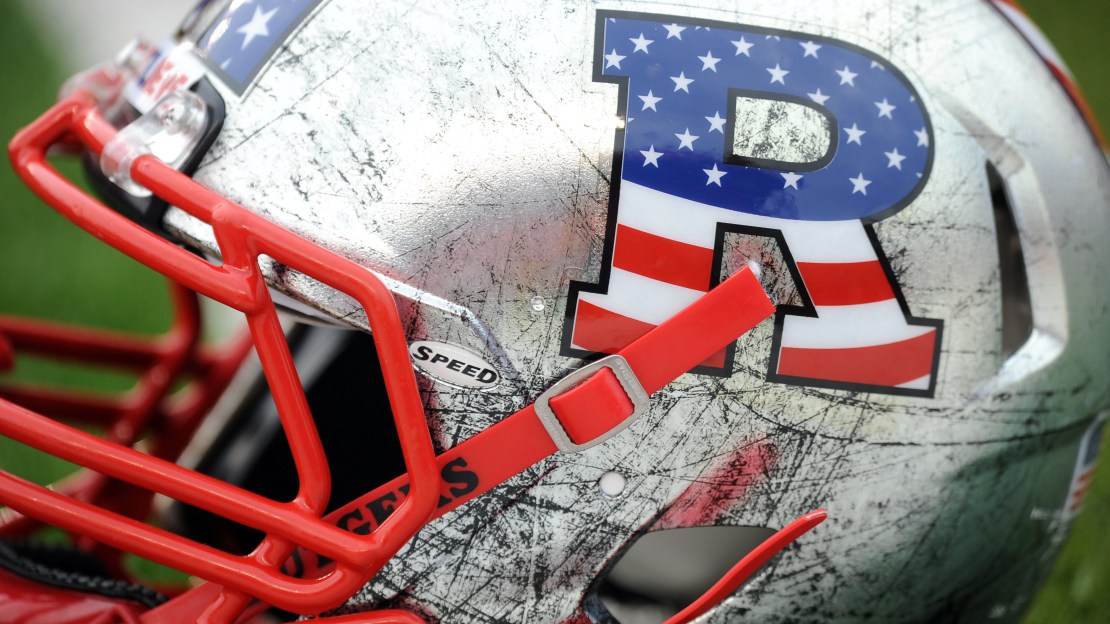 Maryland it is not, Rutgers is no slouch in the uniform department itself. To be fair, though, no Big Ten school can challenge Maryland when it comes to uniforms and helmets. The Scarlet Knights, outfitted by Nike, mix it up quite a bit – only in a tamer manner than Maryland.

Here's a look at every uniform/helmet combination Rutgers wore in 2013:

As you can see from the photos, Rutgers likes the monochromatic jersey-pant look. With black, scarlet and white jerseys and pants at the ready, the Scarlet Knights have six home combinations and three road combinations – not counting helmets.

Not bad, especially that patriotic one the team wore vs. Army the day before Veterans Day.

You'll notice the jersey, particularly the collar effect, resembles many of the new NFL ones. That's because Nike, which redesigned all NFL uniforms prior to this season, carried it over to Rutgers, too.