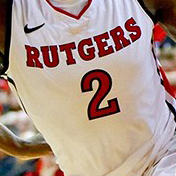 To kickoff today's announcement that Rutgers is joining the Big Ten Conference, the school will host a press conference with President Robert Barchi and Director of Athletics Tim Pernetti and Big Ten Commissioner James E. Delany today at 2 p.m. ET. BTN and BTN2Go will have live coverage beginning at 1:45 p.m. ET of the press conference. After that,  BTN will have analysis from a variety of guests. Dave Revsine will host BTN?s coverage.

On Monday, Maryland announced it is joining the Big Ten Conference. Read and watch all of our coverage online here. We'll be adding posts and video throughout the day.

Get acquainted with a few Rutgers teams with the links belo.

As BTN.com senior writer Tom Dienhart wrote on Monday before the news became official, Rutgers isn't in the same league as Nebraska.

"Rutgers has had even less success than Maryland in both sports. The Scarlet Knights have been to seven bowls, with all but one coming since 2005. Greg Schiano is the architect of the program, going 68-67 in 11 years (2001-11). But after establishing the program, he left after last season to coach the Tampa Bay Buccaneers. But Rutgers is a ranked team this season, sporting a 9-1 mark under Kyle Flood with an eye on the Big East title and a BCS bowl. Basketball has been even less fruitful. Rutgers has been in just six NCAA tourneys, with the last time being in 1991. But the Scarlet Knights made it to the Final Four in 1976."

And in case you missed them, here are a handful of specific links about Monday's news out of Maryland: