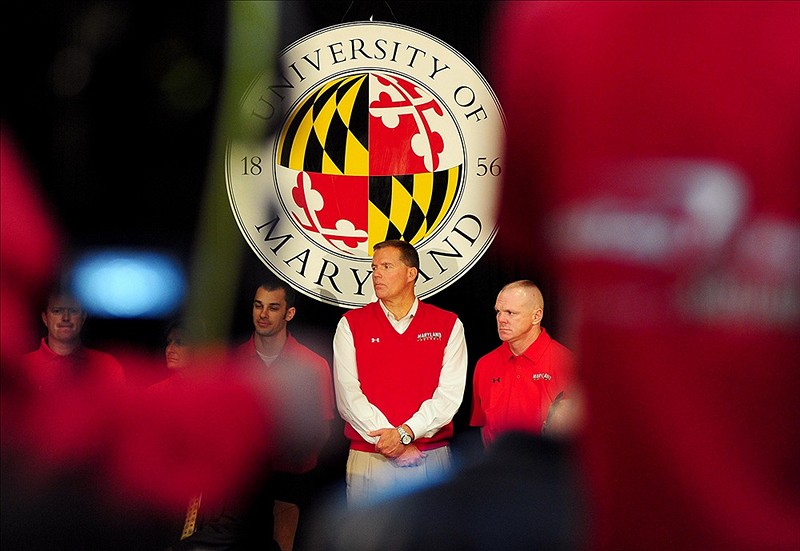 The game of conference membership musical chairs continues, with no end in sight. The Big Ten made the latest move, bringing aboard Maryland beginning in 2014-15. The addition was made official today when the school?s board of regents unanimously approved leaving the ACC-of which Maryland is a charter member-for the Big Ten.

Rutgers of the Big East is expected to soon follow, which would swell the Big Ten?s ranks to 14 schools. That would make the Big Ten and SEC the only two ?major conferences? with 14 members. How will this impact the Pac-12, Big 12 and ACC? Will they now make moves to grow?

Conference landscapes have shifted often in recent years. And, make no mistake about it: The moves are being made for one sport, and one sport only: football. It?s also about enhancing TV demographics by moving into new-and hopefully heavily populated-markets because that equals greater dollars for television contracts.

We saw the Pac-10 add Utah and Colorado and become the Pac-12 in 2012. The SEC grew to 14 schools in 2012 with the arrivals of Texas A&M and Missouri. The ACC soon will welcome Pitt and Syracuse, as well as Notre Dame for all sports but football, but now must deal with Maryland?s departure. And on it has gone-and likely will go.

The Big Ten welcomed Nebraska in 2011 after Penn State came aboard in 1993. Now, Maryland is slated to join the Big Ten, with Rutgers expected to follow. And it will cost each school a pretty penny. Maryland must pay the ACC a $50 million exit fee. Rutgers must dole out $10 million to the Big East for bolting. But for each school, it will be a big step up in prestige, stability, competition and money.

No one is going to confuse Maryland or Rutgers with being a football power. The Terrapins have been to one BCS bowl game. The Scarlet Knights never have been to one. Tradition? Facilities? Fan passion? None of it is noteworthy for either school.

This bold stroke by the Big Ten has some wondering if another round of conference musical chairs will be set off. Stay tuned. For now, let?s take a closer look at this move.

But there also are some potential negatives.

Regardless, Big Ten commissioner Jim Delany has an eye on the future. He?s a visionary who won?t be bound by conventional thinking. And he rarely is wrong with his instincts or decisions. So, here come the Terrapins-and likely Rutgers. And reports indicate the divisions will look like this: Leaders: Rutgers, Maryland, Ohio State, Penn State, Wisconsin, Purdue, Indiana. Legends: Michigan, Nebraska, Iowa, Michigan State, Illinois, Minnesota, Northwestern.

No one will call Maryland an ACC power, but it has had its moments, with most of them coming in basketball. In fact, it?s more of a basketball school than a football school.

The Terrapins won the NCAA title in 2002, beating Indiana. Maryland also went to the Final Four in 2001, and won five ACC regular-season titles and three tourney crowns with 24 NCAA appearances. The program has produced some great players, including Joe Smith, John Lucas, Len Elmore, Albert King, Tom McMillen and Juan Dixon, to name a few. There also have been some top coaches, including Gary Williams and Lefty Driesell.

Success in football has been more fleeting. Maryland claims national championships in 1951 and 1953, and it has won nine ACC titles and produced the likes of Randy White, Boomer Esiason, Neil O?Donnell, Frank Reich, Torrey Smith, D?Qwell Jackson, Vernon Davis and Shawne Merriman, among others.

Bobby Ross and Ralph Friedgen have been two of the best coaches in school annals. In fact, Friedgen led Maryland to its last ACC crown in 2001, which the Terps culminated with an Orange Bowl loss to Florida. But since then, Maryland has struggled.

Rutgers has had even less success than Maryland in both sports. The Scarlet Knights have been to seven bowls, with all but one coming since 2005. Greg Schiano is the architect of the program, going 68-67 in 11 years (2001-11). But after establishing the program, he left after last season to coach the Tampa Bay Buccaneers. But Rutgers is a ranked team this season, sporting a 9-1 mark under Kyle Flood with an eye on the Big East title and a BCS bowl.

Basketball has been even less fruitful. Rutgers has been in just six NCAA tourneys, with the last time being in 1991. But the Scarlet Knights made it to the Final Four in 1976.

Despite Maryland and Rutgers lacking glowing resumes like the last two Big Ten additions Nebraska and Penn State, Delany and the Big Ten are moving forward with a bold and perhaps in the eyes of some a bit risky move that promises to forever chance the league-and college sports.