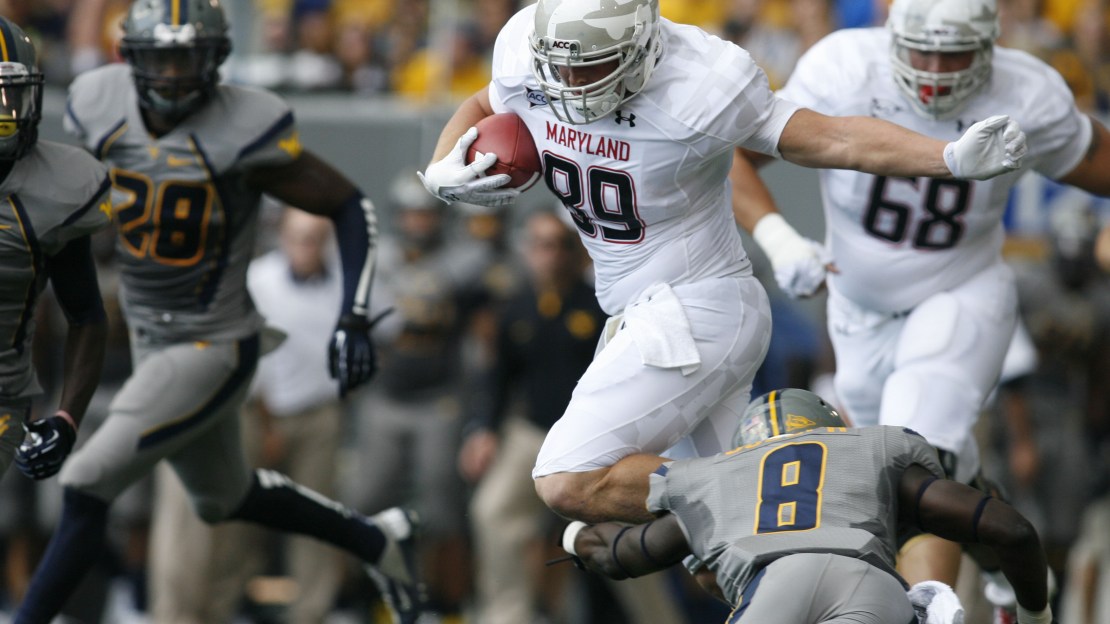 Other than Oregon, few college teams have garnered more attention through uniforms than the Big Ten's newest member. Maryland, an Under Armour school, isn't afraid to push the envelope (like this or this), and much like the Ducks, it rarely sports the same look from one week to the next. Hop inside for a breakdown of the school's many looks.

Here's what Maryland has worn each Saturday this season:

No doubt about it, Maryland loves its State Flag, and it isn't shy about incorporating it on uniforms, headgear (example, another and another) or footwear. That goes for non-football sports, too, including the lacrosse team and the soccer team.

Anyone else get the feeling we can expect some epic Under Armour uniform showcases when Maryland plays Northwestern, another Under Armour team? Think this year's adidas bowl between Wisconsin and Nebraska, but even bolder. Seriously, it's anyone's guess what Under Armour will come up with next.

Maryland mixes it up a lot on the hardwood, as well, although to a lesser extent. You didn't miss this Brooklyn Dodgers alternate faux wool look, did you? Those were special threads for Maryland's game vs. Kentucky earlier this month at the new Barclays Center in Brooklyn – here's a gallery of Maryland's hoops unis.

Let's take a spin around the other Maryland athletic teams:

Yeah, it's pretty clear Maryland will feed the uniform craze better than any Big Ten institution, and that's a good thing.