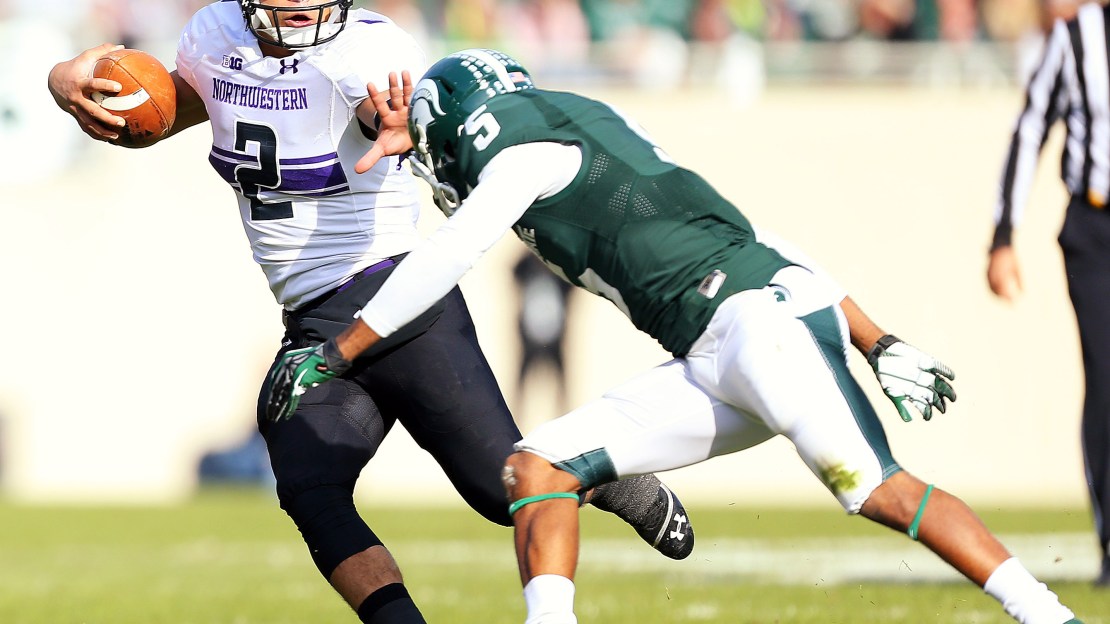 The Spartans added two points on a safety when Kain Colter was corralled in the endzone, making the score 3-2.

Michigan State has the ball on the Wildcats' 23-yard line to begin the second quarter.

Player on the spot: The Spartan offensive line. It needs to protect quarterback Andrew Maxwell. But it also needs to get a push in the ground game for an offense that is No. 8 in the Big Ten in rushing (141.9 ypg). The Michigan State front has had to deal with injuries, which have hindered the group?s chemistry and development.

Key matchup: Northwestern QB Kain Colter vs. Michigan State front seven. The Spartans have the Big Ten?s top defense (288.0 ypg). And it will be put to the test by Colter, who is one of the Big Ten?s most dynamic weapons. He was at it again last week at Michigan, generally looking sensational in running for 82 yards and hitting 8-of-14 passes for 96 yards and a touchdown. Spartans like Max Bullough, Denicos Allen and William Gholston must excel and contain Colter.

Key number: 473, yards allowed by Michigan State in its last game (vs. Nebraska). It was the most yards the Spartans have yielded all season. MSU still has the No. 1 defense in the Big Ten (288.0 ypg).

Key note: Most think these teams are fighting for a spot in the Gator Bowl, with the winner having an edge in nabbing the New Year?s Day affair.