Snap Reactions: Huskers are on a roll 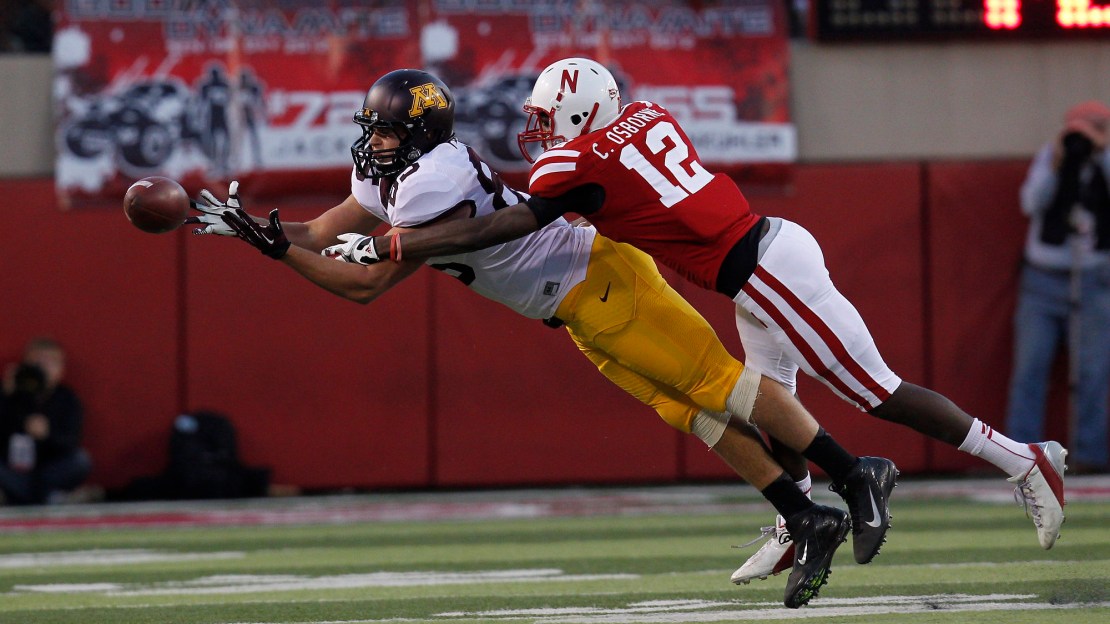 As he does every Saturday during the Big Ten football season, BTN.com senior writer Tom Dienhart offers his immediate thoughts from the latest Big Ten games. See Dienhart's Snap Reactions to Nebraska's impressive victory over Minnesota and Purdue's narrow win at Illinois in this post.

Nebraska 38, Minnesota 14
1. Nebraska has now won five games in a row since losing at Ohio State. More important: The Cornhuskers remain in control of the Legends Division and berth in the Big Ten title game. Taylor Martinez had another great effort, hitting 21-of-29 passes for 308 yards with two touchdowns. This team is on a roll.

2. The Husker defense continues to play well down the stretch. Today, Nebraska yielded just 177 yards. The Gophers had just 90 yards passing and 87 yards rushing. Want more? Minnesota was just 1-of-13 on third downs. This was vintage Blackshirt defense.

3. This was a tough loss for the Gophers, but Minnesota is still a program that is growing under Jerry Kill. There will be better days. Still, the Gophers have a chance to close the regular season with a win next week when slumping Michigan State visits as it heads to a bowl for the first time since 2009.

Purdue 20, Illinois 17
1. Purdue continues to rise from the ashes of a five-game losing streak with a second victory in a row. And it means the Boilermakers? bowl hopes remain alive. With a victory over visiting Indiana next week, the Boilermakers will go to a bowl for a second season in a row.

2. The courageous march by Robert Marve continues. The sixth-year senior just won?t be denied as he continues to play with an ACL tear in his left knee. It?s the third ACL injury of his career, but surgery can wait. On this day, he hit 18-of-26 passes for 173 yards and a touchdown. Just amazing.

3. Illinois? misery continues with an eighth loss in succession and 13th Big Ten defeat in a row. A positive: The offense showed some life, notching 333 yards with quarterback Nathan Scheelhaase playing one of his best games of the season by completing 22-of-38 passes for 160 yards. But, it wasn?t enough.