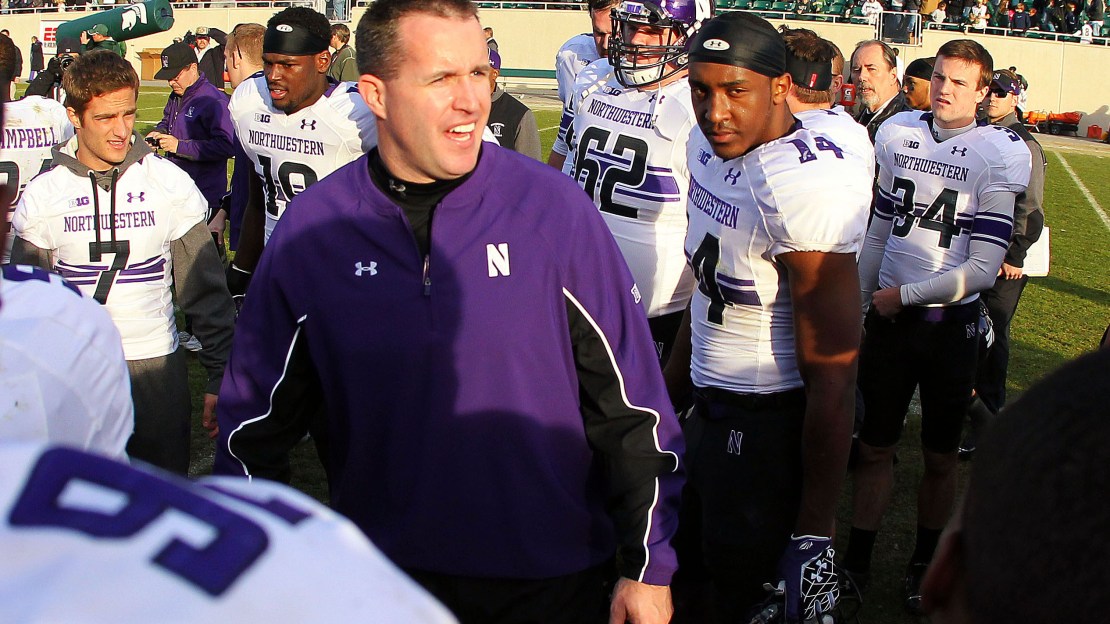 Jeff Budzien kicked a 27-yard field goal with 7:30 remaining, and Northwestern was able to hold on to this fourth-quarter lead, beating Michigan State 23-20 on Saturday. Trevor Siemian threw for 165 yards, including a 41-yard pass to Dan Vitale that helped set up the winning kick.

[RELATED: Get Tom Dienhart's Snap Reactions to this game]

All seven of Michigan State's conference games have been decided by four points or fewer.

FINAL: Northwestern took the lead in the fourth quarter and hung on for a 23-20 victory over Michigan State on Saturday at Spartan Stadium. With 7:30 to go, Jeff Budzien kicked a 27-yard field goal to give the Wildcats a 23-20 lead.

The Northwestern offense had some big plays, racking up four of 20 yards or more on their way to victory. Northwestern added to the highlight reel when Trevor Siemian found Dan Vitale open for a 41-yard pass with 9:00 left in the fourth quarter. The big play set up a nine-play drive that gave the Wildcats a lead after Budzien kicked a field goal.

A lone bright spot for the Spartans was Andrew Maxwell, who made enough good throws to finish with 296 passing yards. He was 22 for 46 on pass attempts and tossed two touchdowns.

Michigan State finished with 419 total yards, including 296 yards passing while completing 22 of 47 attempts. The Spartans also moved the ball on the ground, earning 123 yards on 39 attempts.

The Wildcats' offense finished the game having gained 303 yards, including 246 passing yards on 26 completions. Northwestern's ran for just 57 yards on 27 attempts.