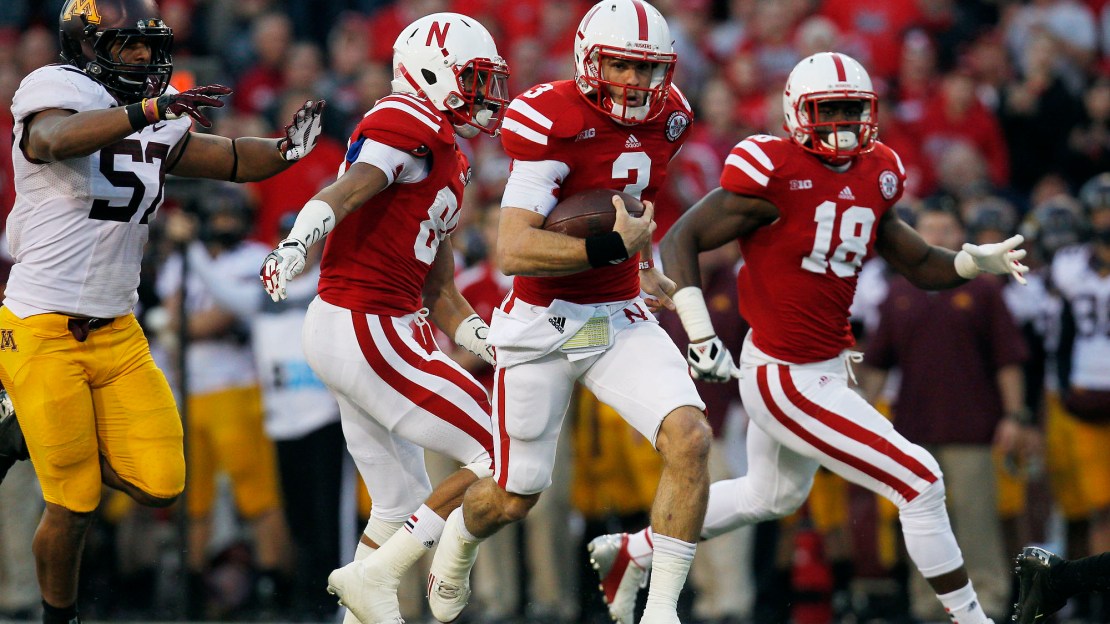 Taylor Martinez threw for 308 yards and two touchdowns to Kenny Bell while becoming No. 16 Nebraska's all-time passing leader in a 38-14 victory over Minnesota on Saturday. The Cornhuskers (9-2, 6-1), who had to come from behind in the second half in four of its first five Big Ten wins, scored on four of their first six possessions against the Gophers (6-5, 2-5).

Nebraska can clinch the Legends Division title – and a berth in the conference championship game against Wisconsin on Dec. 1 – with a win at Iowa on Friday or a Michigan loss at Ohio State Saturday.

[RELATED: Tom Dienhart: "This team is on a roll"]

Martinez passed 36 yards to a wide-open Bell for the Huskers' first touchdown, and they later connected for a 30-yarder along the sideline.

Minnesota had 98 total yards entering the fourth quarter. Nebraska pulled its starters, and the Gophers scored on MarQueis Gray's 1- and 6-yard runs.

Home run plays keyed the Cornhuskers' scoring attack. The Golden Gophers' defense gave up eight plays of at least 20 yards. With 6:25 to go in the first quarter, Taylor Martinez found Bell open for a 36-yard touchdown pass, Nebraska's longest play on the day. The score gave the Cornhuskers a 10-0 lead.

Martinez threw for 304 yards while going 21-29 for Nebraska. He threw two touchdowns and no interceptions. Martinez was also a threat on the ground, as he rushed for 23 yards on eight attempts.

Minnesota finished with 174 total yards, including 90 yards passing while completing 10 of 28 attempts. The Golden Gophers rushed 29 times for just 84 yards.