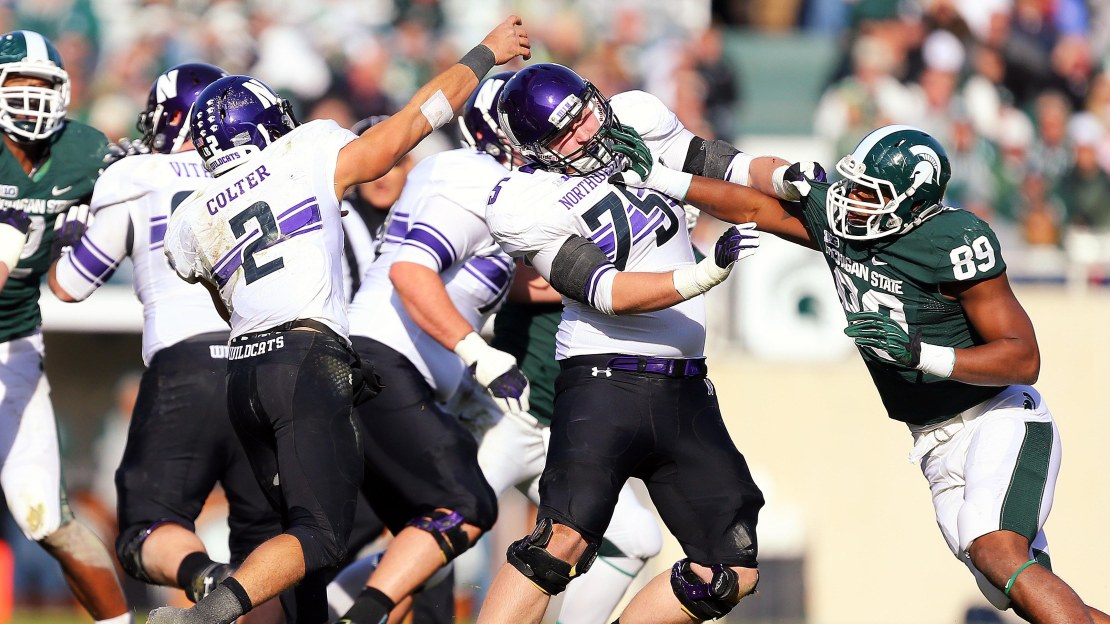 Aaron Burbridge had a productive quarter for Michigan State. He caught three passes for 45 yards and one touchdown, but the Spartans still trail 20-13. Northwestern made the score 13-5 when David Nwabuisi intercepted Andrew Maxwell's pass and returned it for a touchdown.

Michigan State got even after Maxwell and Burbridge hooked up for a 16-yard touchdown to end a nine-play, 65-yard drive that tied the score at 13. The Spartans got the two-point conversion when Keith Mumphery completed a two-yard pass.

Kain Colter found Tim Riley open for a six-yard touchdown pass to break the 13-13 standstill in favor of the Wildcats. The play finished off a seven-play, 73-yard scoring drive.

Michigan State's Maxwell hit 200 yards passing for the game in the quarter, part of his 250-yard passing performance thus far.

Northwestern will start the fourth quarter with possession on its own 25-yard line.