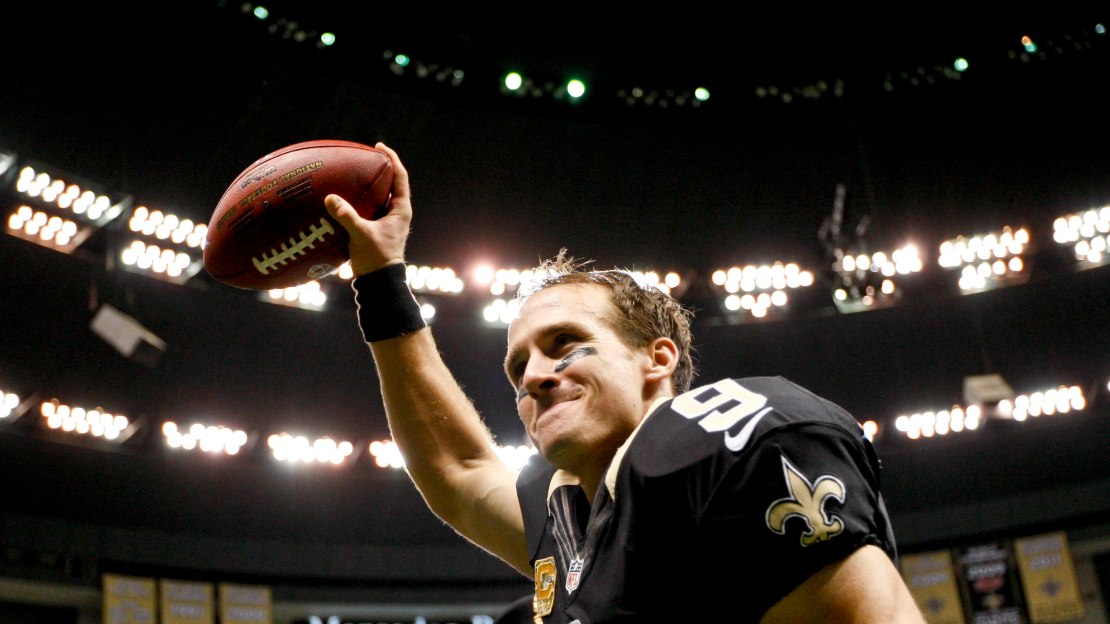 Every Tuesday morning during the NFL season, Brent Yarina singles out the best offensive, defensive and special teams performances by Big Ten products and links to their NFL.com highlights. View all the former Big Ten players on NFL active rosters. See Brent's Week 10 winners in this post.

OFFENSE: Drew Brees, QB, New Orleans: Remember when Brees and the Saints were 0-4? Five weeks later, they're 4-5, the most recent victory coming in comeback fashion over previously undefeated rival Atlanta. Brees torched the NFL's final unbeaten in the 31-27 win, completing 66 percent of his passes for 298 yards and three touchdowns (Watch TD No. 1 | No. 2 | No. 3).

SPECIAL TEAMS: Mike Nugent, K, Cincinnati: The Buckeye product hit all of five of his kicks, including a 28-yard field goal (Watch it), in Cincinnati's 31-13 upset of the reigning Super Bowl champion New York Giants.