Clothes Call: What does OSU have in store for The Game? 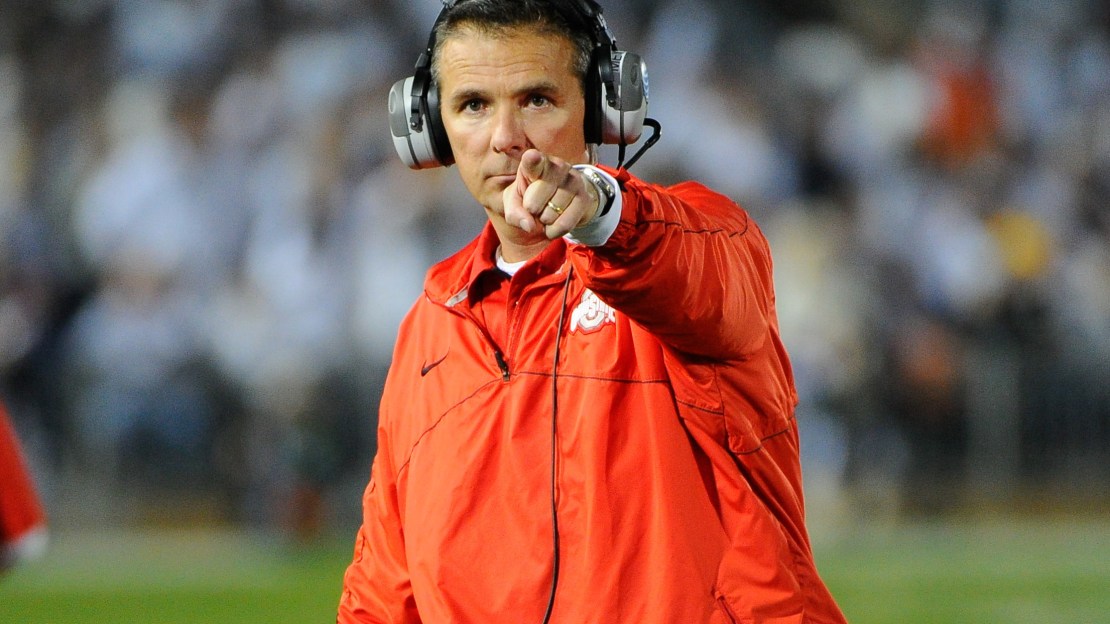 Prior to last season, Ohio State wore Nike Pro Combat uniforms for the previous two rivalry games against Michigan. Will the Buckeyes make it three out of four years? The internet is abuzz over this picture, which Ohio State beat writer Ben Axelrod tweeted with this text: "The Ohio State team shop/Nike may have accidentally revealed this year's pro combat 2002 tribute uniform."

The leaked photo very well may be what the Buckeyes wear Nov. 24 at Ohio Stadium, but Ohio State hasn't officially announced it's wearing a special uniform.

What we do know is that Ohio State is celebrating the 10-year anniversary of its 2002 national championship team on this day. We'll just have to wait and see if the Buckeyes also choose to honor the team with this 2002 "throwback" look.

Throwback is in quotes, only because the helmet features a thick stripe down the middle and a black facemask, both of which the 2002 team never wore.