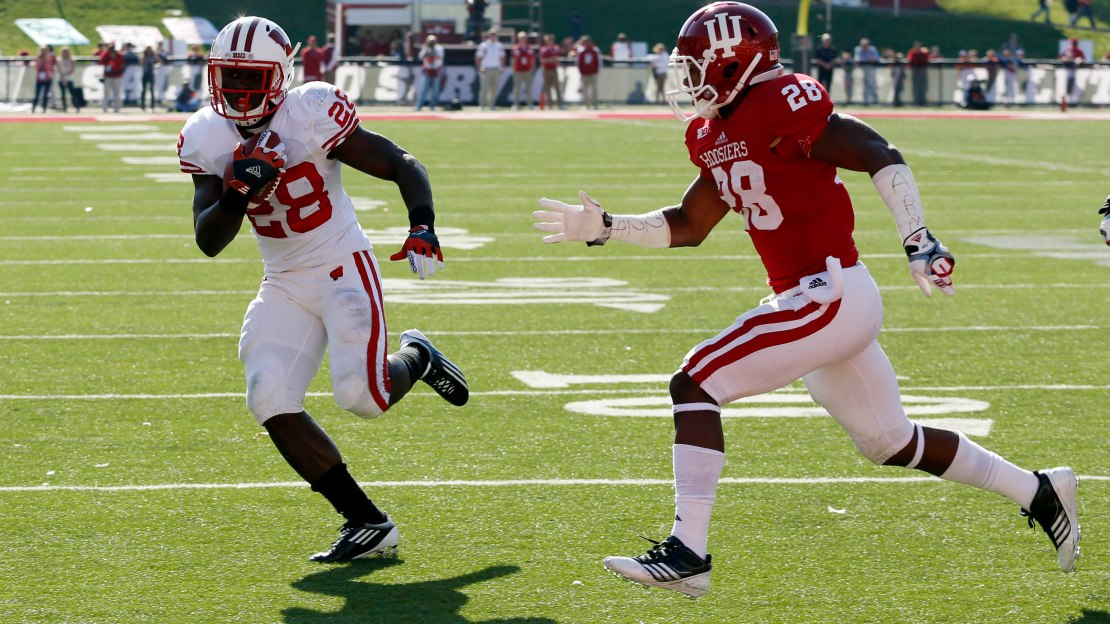 It's time for my latest Big Ten Player Rankings. Montee Ball moved up a couple spots following his incredible effort at Indiana, and there's a new name making the list on the defensive side. Who is it? Find out in this post. Remember, this feature ranks the Big Ten's top six offensive and defensive players. So, consider offense the Legends Division and the defense the Leaders Division, or vice versa.

3. Montee Ball, RB, Wisconsin – Ball accounted for 198 of Wisconsin's school-record 564 rushing yards and three of its seven rushing scores (Watch all the rushing TDs) in a rout at Indiana. The senior now stands one touchdown away from Travis Prentice's FBS record for career touchdowns (78).
Week 11 stats: 27 car., 198 yards, 3 TD | 2012 stats
Previous ranking: No. 5

DEFENSE
1. Jake Ryan, LB, Michigan – Ryan and the stout Michigan defense came up with big stops down the stretch to allow the Wolverines to rally from 10 down and clinch the win in overtime.
Week 11 stats: 4 tackles
Previous ranking: No. 1

3. Max Bullough, LB, Michigan State – Bullough and the Spartans were off this past week, and they need one victory in the final two (vs. Northwestern; at Minnesota) to become bowl eligible.
Week 11 stats: Bye week
Previous ranking: No. 3

4. Ryan Shazier, LB, Ohio State – The only thing that can cool off the white-hot Shazier? A bye week. He and the Buckeyes finish up with two of their tougher tests (at Wisconsin; vs. Michigan).
Week 11 stats: Bye week
Previous ranking: No. 4

5. Chris Borland, LB, Wisconsin – Borland suffered another injury – the extent is unknown – but not before he and the Badgers quieted Indiana's high-octane offense in a 62-14 rout.
Week 11 stats: 8 tackles, 0.5 TFL, 1 FR
Previous ranking: No. 5

6. Eric Martin, DE, Nebraska – One of the Big Ten's elite pass-rushers, Martin tallied a sack and tackle for loss against Penn State, bringing his season total in those categories to 7.5 and 12, respectively.
Week 11 stats: 3 tackles, 1 TFL, 1 sack
Previous ranking: NR