Dienhart: What I learned in Week 7 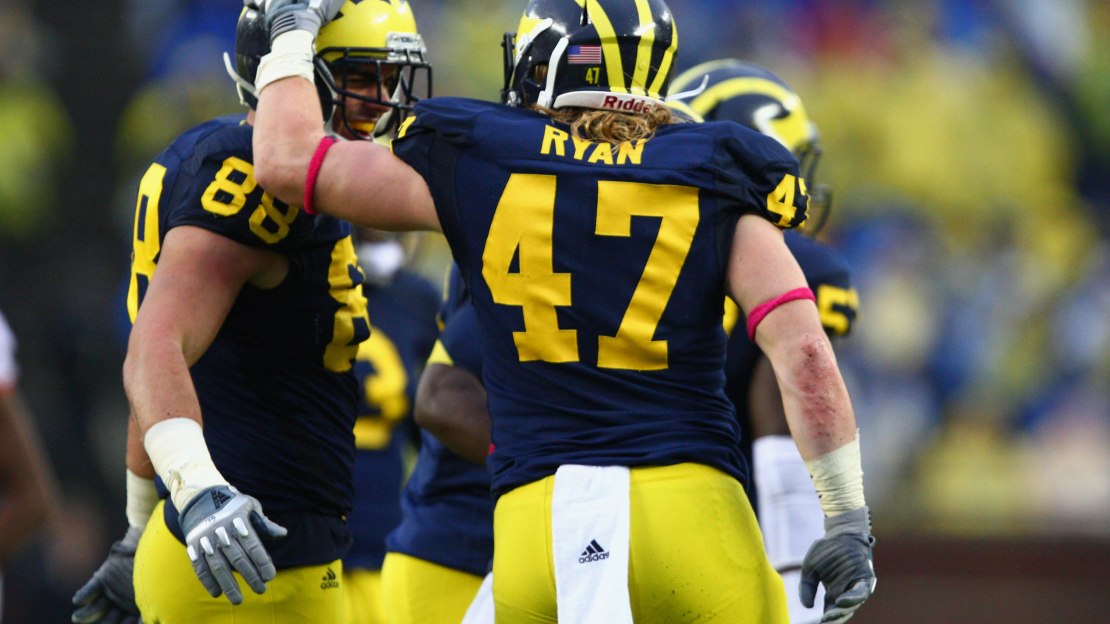 It's safe to say, the two teams in Michigan are headed in opposite directions. And it's happening just in time for the annual rivalry game. Fresh off a 45-0 victory over Illinois, the Wolverines are beginning to assert themselves, while the Spartans suffered their third home loss of the season. See what else I learned in Week 7 Big Ten action in this post.

1. With a second emphatic victory in a row, Michigan may begin to be asserting itself. Since an off week after that disappointing 13-6 loss at Notre Dame, the Wolverines have won 44-13 at Purdue last week and 45-0 at home vs. Illinois on Saturday. That?s an aggregate 89-13 score for an attack that has run for a combined 657 yards the last two Saturdays. And the defense also is coming on, allowing 13, 13, 13, 0 points in the last four games. Be afraid, Big Ten. Be very afraid.

2. Northwestern?s 21-13 win at Minnesota made the Wildcats bowl-eligible for a sixth consecutive season. It also sets up what will be one of the biggest games in Evanston in the last decade, as Nebraska comes to town coming off an off week. In case you forgot, Northwestern won 28-25 at Nebraska last season. Just think how crazy things would be in Evanston if the Wildcats hadn?t blown that 28-17 fourth-quarter lead at Penn State two weeks ago. This team is legit and in the thick of the Legends Division race.

3. Wisconsin appears to be a lock to go to Indianapolis for the Big Ten title game-and the first leaf hasn?t even been raked in Fond du Lac. The Badgers' 38-14 win at Purdue was a de facto Leaders Division title game that moved Wisconsin to 2-1 in Big Ten action. The other Leaders teams that are bowl-eligible (Purdue, Indiana, Illinois) all are struggling winless in the Big Ten and don?t appear to be capable of catching Wisconsin, which would be 3-0 in the league if it hadn?t blown a 17-point lead at Nebraska two weeks ago.

[RELATED: Dienhart: Go ahead and book that trip to Indy, Wisconsin fans]

4. Minnesota?s 21-13 loss at home to Northwestern may make it very difficult for the Golden Gophers to reach a bowl for the first time since 2009. Yes, Minnesota is 4-2 overall, needing just two more wins to be bowl-eligible. But the Gophers have games remaining at Wisconsin; vs. Purdue; vs. Michigan; at Illinois; at Nebraska; vs. Michigan State.

5. Michigan State may be in trouble. The Spartans? 19-16 double-overtime loss to Iowa was Michigan State?s third home defeat in 2012, dropping it to 4-3 overall and 1-2 in the Big Ten. And remember: The Spartans had narrow home wins over Boise State (17-13) and Eastern Michigan (23-7 – a game that was closer than the final score indicates). Plus, Michigan State had to furiously rally from a 27-14 hole last week to win 31-27 at Indiana. My point: The Spartans never have really gotten on track this season.

Can Michigan State win two more games to become bowl-eligible? Remaining games: at Michigan; at Wisconsin; Nebraska; Northwestern; at Minnesota. Hmmm. Yes, it seemingly has come to this for a Spartans program that won 11 games each of the past two seasons and looked like a preseason Big Ten favorite after playing in the Big Ten title game last year.