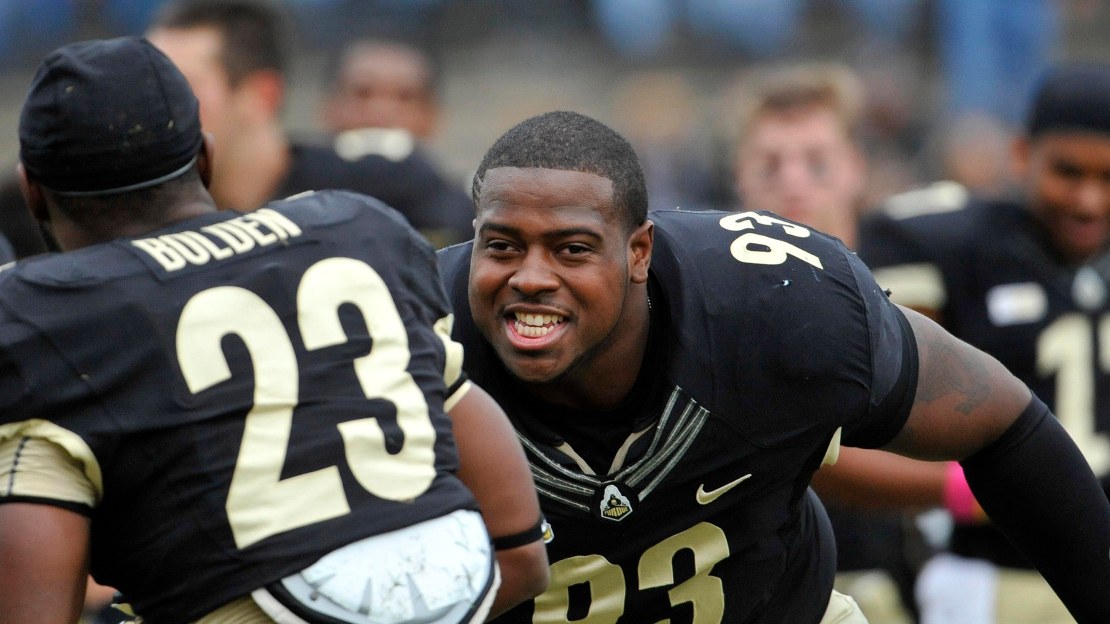 Wisconsin's Jacob Pedersen caught a 21-yard touchdown pass in the quarter, and the two teams are tied 7-7 at the end of the first. Purdue scored when Caleb TerBush turned a quarterback sneak into a one-yard touchdown run to finish off a two-play, 53-yard drive, giving the Boilermakers the game's first lead. Purdue's drive was highlighted by TerBush's 52-yard pass.

The Badgers tied the score at seven apiece after Joel Stave found Pedersen open for a 21-yard touchdown pass to cap off a five-play, 75-yard drive.

The Boilermakers have the ball at their own 45-yard line to begin the second quarter.

Player on the spot: Purdue quarterback Caleb TerBush. The great debate around West Lafayette is if TerBush or Robert Marve should start. The offense seemed to get a spark when Marve played late last week vs. Michigan. But Danny Hope likes TerBush?s decision-making and says he will start. But, Marve will play. Regardless, the quarterback spot has to make some plays for the Boilermakers to win. Oh-by-the-way factoid: The Badgers haven?t lost at Purdue since 1997 and have won six in a row in the series.

Key matchup: The Boilermakers got trucked 44-13 last week at home by Michigan, which ran for 304 yards. While the Badgers ground game is just 11th in the Big Ten (133.5 ypg), it seems to be gaining steam. Montee Ball ran for 116 yards last week in a 31-14 win over Illinois and had 93 the week before in a loss at Nebraska. Michigan had great success attacking the edges of the Boilermaker defense, which has some nice players up front in tackles Kawann Short and Bruce Gaston and end Ryan Russell. Expect Wisconsin to do the same vs. a Purdue defense that is No. 9 vs. the run (146.0 ypg).

Key note: Purdue will get a lift from the return of running back Ralph Bolden, who has yet to play this season as he recovers from a third knee injury. He could be a needed difference maker for the Boilermakers.