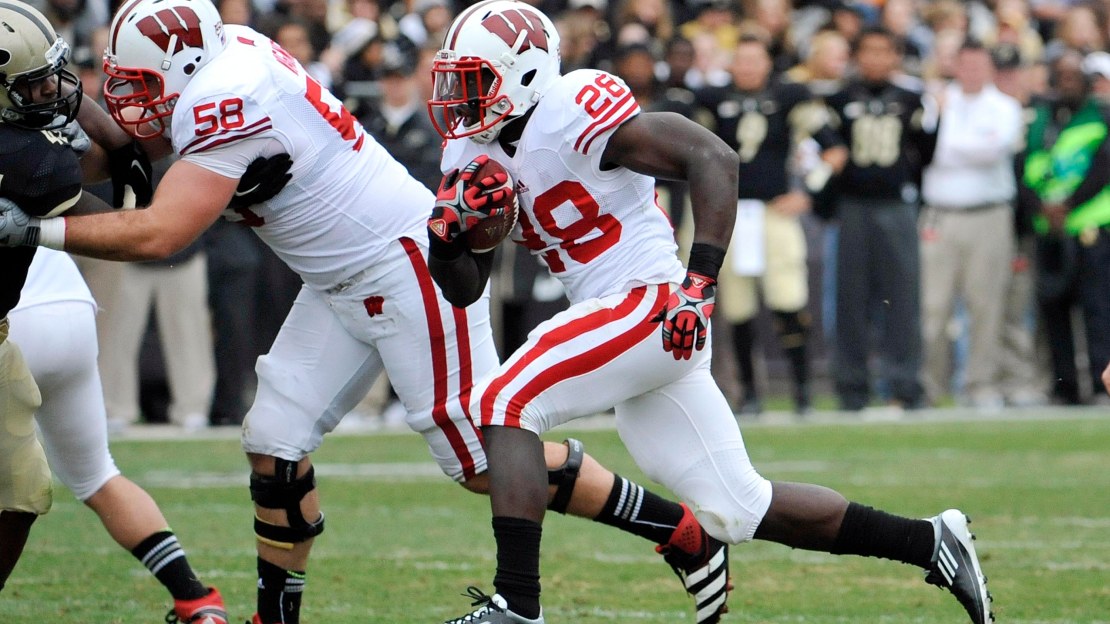 Wisconsin running back Montee Ball broke the Big Ten record for most career touchdowns Saturday at Purdue. Ball broke the record, previously held by former Wisconsin standout Ron Dayne, on his third touchdown run of the game. It came on three-yard run, his shortest scoring scamper of the day. The senior tied Dayne's record on a career-long 67-yard run. Watch the record-breaking run here and see him tie the record in this post.

Ball did a ton of damage on his way to breaking the record, too, finishing the game with a career-high 247 rushing yards. The fact Ball had a big day against Purdue comes as no surprise. Entering Saturday, Ball averaged 175 yards and 2.5 touchdowns in two starts against the Boilermakers.

Congrats to @M_Ball28 Most Touchdowns in B10 History!! That's a lot of history!! #OnWisconsin

And it wasn't a scoring run, but watch the hit Ball delivers on this run:

Catch up on all the action and get all the highlights on our Wisconsin at Purdue page.