How did we do? Week 6 picks revisited 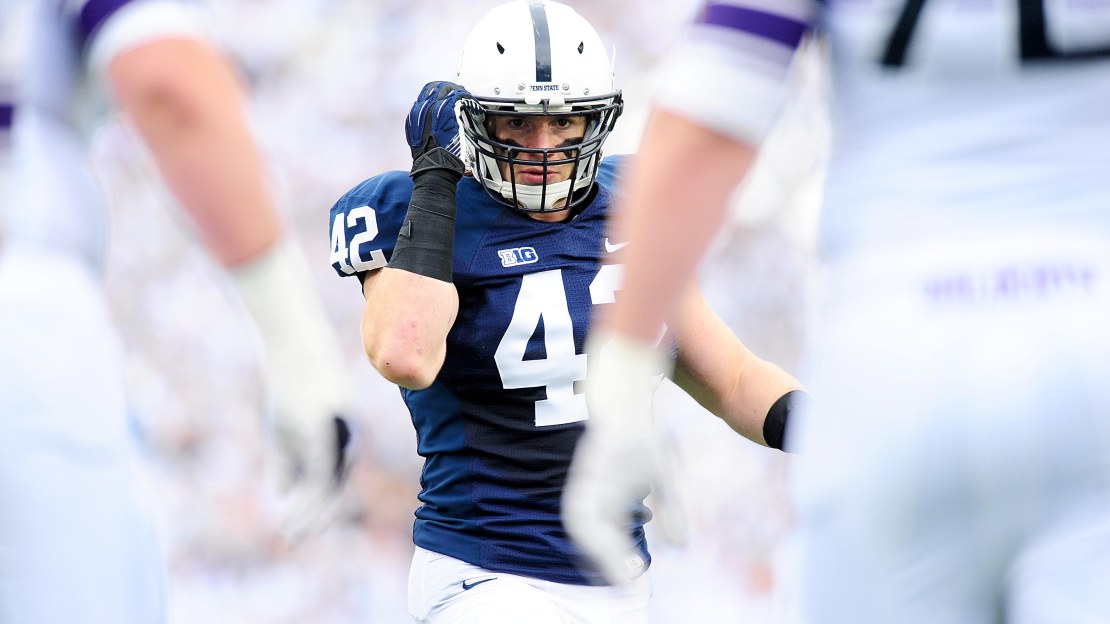 We've reached the midpoint of the 2012 Big Ten football season. Before we turn our complete attention to Week 7, though, we need to review how BTN.com fans, Tom Dienhart and yours truly did with our Week 6 predictions. Dienhart led the way, going 4-1, while BTN.com fans and I went 3-2.

After six weeks, that means it's BTN.com fans and Dienhart tied for the top spot, at 44-13.

Michigan State 31, Indiana 27
Tom's pick: Michigan State, 44-20 – The Spartan offense figures to get healthy vs. a struggling Hoosier defense. Pencil in Le?Veon Bell for 150 yards rushing. And Andrew Maxwell will look like Kirk Cousins in an Old Brass Spittoon romp. Enjoy it, Spartans. There won?t be many Saturdays like this.
Brent's pick: Michigan State, 37-10 – The best way to cure offensive woes? Take on Indiana, which is fresh off surrendering a Northwestern-record 704 yards in last week's loss.

Penn State 39, Northwestern 28
Tom's pick: – The Wildcats will roll to 6-0 behind the play of the two-headed quarterback monster of Trevor Siemian and Kain Colter, along with diminutive playmaker Venric Mark. And the defense will make one more stop than Penn State?s to allow Northwestern to escape with victory. Sorry, Nittany Lions. The party is over.
Brent's pick: Penn State, 24-23 – Michael Mauti, Gerald Hodges and Glenn Carson slow down the Trevor Siemian-Kain Colter quarterback shuffle just enough to hand the Wildcats their first loss.

Wisconsin 31, Illinois 14
Tom's pick: Wisconsin, 41-13 – Each team needs a win. But it?s the Badgers who have the better defense and more stable offense-plus a whole bunch of urgency coming off a tough loss at Nebraska. Illinois? It?s a mess on both sides of the ball.
Brent's pick: Wisconsin, 31-14 – Illinois, as it's currently playing, may be the Big Ten's worst team. A trip to Camp Randall Stadium is the last thing this struggling team needs right now.

Michigan 44, Purdue 13
Tom's pick: Michigan, 29-27 – The Wolverines will have had two weeks to stew, as well as plot and plan, coming off a tough loss at Notre Dame. I expect to see Michigan come out clicking behind a motivated Denard Robinson, who usually eats up teams like the Boilermakers.
Brent's pick: – Denard Robinson struggled as a passer against Alabama and Notre Dame, and now he must deal with Ricardo Allen and Josh Johnson, the Big Ten's top cornerback tandem, in addition to Purdue's talented defensive line.

Ohio State 63, Nebraska 38
Tom's pick: Ohio State, 26-24 – Each team is coming off a big victory and is riding momentum behind a hot quarterback. What will be the difference? Defense. Led by Johnathan Hankins and John Simon, the Buckeyes d-line will be too much to handle.
Brent's pick: – The Huskers are the most complete team perfect Ohio State has faced. This one figures to be close throughout, and I see it being decided on special teams, either by a big Ameer Abdullah return or a long Brett Maher kick.