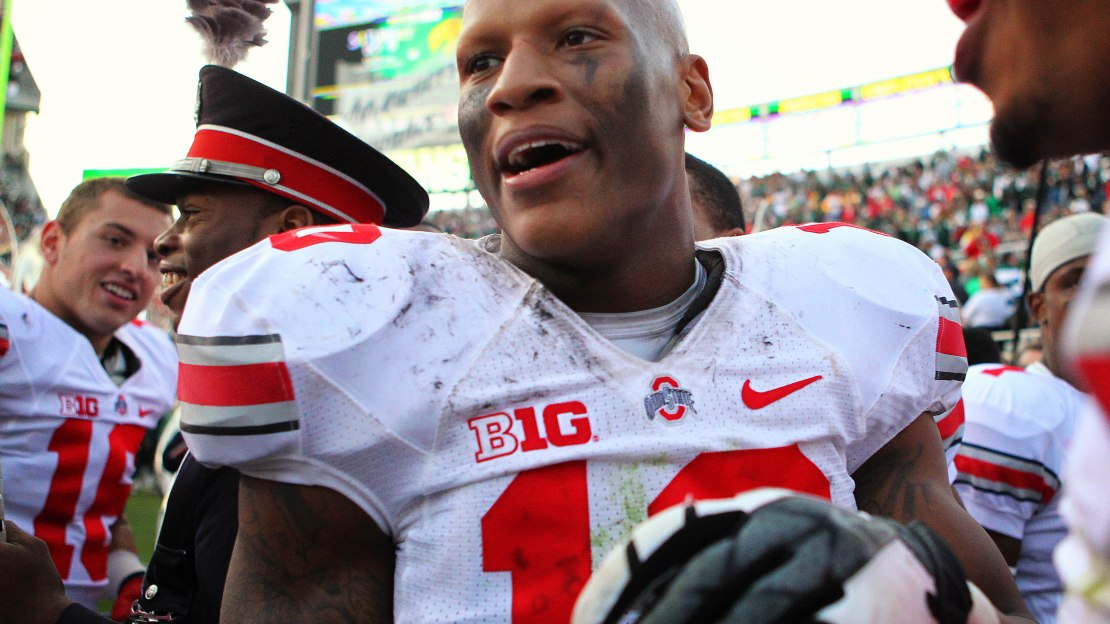 Ohio State solidified its case for the top spot in my Week 6 Power Rankings, this after going into East Lansing at knocking off Michigan State. But what about the rest of my list? See my latest rankings in this post. Disagree? Leave your thoughts in the comment box below or tweet me (@BTNTomDienhart).

1. Ohio State (5-0, 1-0). The Buckeyes finally put together a good four quarters at Michigan State, quelling some fears of inconsistency on both sides of the ball that some had for Ohio State. The maligned defense was especially impressive vs. Michigan State. Could this team run the table?
Last week: 1
Up next: Nebraska

2. Northwestern (5-0, 1-0). The Wildcats are 5-0 for the third time in five years after a 44-29 win over Indiana. But neither 5-0 start to a season has ended in glory. Can that change this year? The offense looked great vs. the Hoosiers in notching a school-record 704 yards.
Last week: 2
Up next: at Penn State

3. Nebraska (4-1, 1-0). The Cornhuskers are riding high, winning three in a row. And a 30-27 win over Wisconsin was one of the most impressive by any Big Ten this season. This team will be difficult to beat if the offense keeps roaring and the defense continues to dominate.
Last week: 5
Up next: at Ohio State

4. Michigan State (3-2, 0-1). The Spartans have lost two games at home and have scored just three touchdowns in the last three games. The offense needs more balance and consistency if Michigan State wants to return to the Big Ten title game. Frustration is mounting.
Last week: 4
Up next: at Indiana

5. Michigan (2-2, 0-0). The Wolverines had Saturday off. That may have been a good thing for a 2-2 Michigan squad that was tested like no other Big Ten program in the non-conference. The offense still has a ways to go and looks lost vs. good defenses. Will it look any different in conference action?
Last week: 6
Up next: at Purdue

6. Penn State (3-2, 1-0). The Nittany Lions may be the hottest team in the Big Ten coming off a 35-7 win at Illinois. The only thing standing between Penn State and perfection is 11 points (combined point loss numbers vs. Ohio and Virginia). Hat?s off to a defense that continues to play out of its mind.
Last week: 9
Up next: Northwestern

7. Purdue (3-1, 0-0). The Boilermaker offense has looked good the last two times out, notching 54 points vs. Eastern Michigan and 51 vs. Marshall. The next three weeks will define Purdue?s season: Michigan; Wisconsin; at Ohio State. What?s it gonna be?
Last week: 7
Up next: Michigan

8. Minnesota (4-1, 0-1). Iowa stuck a pin in the Gophers? balloon and took away Floyd of Rosedale, which Minnesota had owned the last two seasons. Now we get to see how Minnesota reacts to adversity. This, ladies and gentlemen, will be the true test.
Last week: 3
Up next: off (Northwestern Oct. 13)

9. Wisconsin (3-2, 0-1). Yes, the Badger attack is looking better, but it just lacks a lot of big-play ability and isn?t as physical as in years past. Blowing a 17-point lead at Nebraska hurts. How will Wisconsin respond from here? The good news: It may have found a quarterback in Joel Stave.
Last week: 8
Up next: Illinois

10. Iowa (3-2, 1-0). The Hawkeye offense showed signs of life in a 31-13 demolition of previously unbeaten Minnesota. And the defense played well in a strong all-around effort that had been missing all season. Herky can now come off the ledge.
Last week: 10
Up next: off (at Michigan State Oct. 13)

11. Illinois (2-3, 0-1). The Fighting Illini have to be spinning following consecutive blowout losses at home to unranked teams. You getting the same feeling that I am getting? This team needs something to positive to happen. Now.
Last week: 11
Up next: at Wisconsin

12. Indiana (2-2, 0-1). The Hoosiers showed some heart by rallying from a 27-0 hole before falling 44-29 at Northwestern. Hey, it?s difficult to find many positives when a defense yields 704 yards, which happened to set a Northwestern record.
Last week: 12
Up next: Michigan State