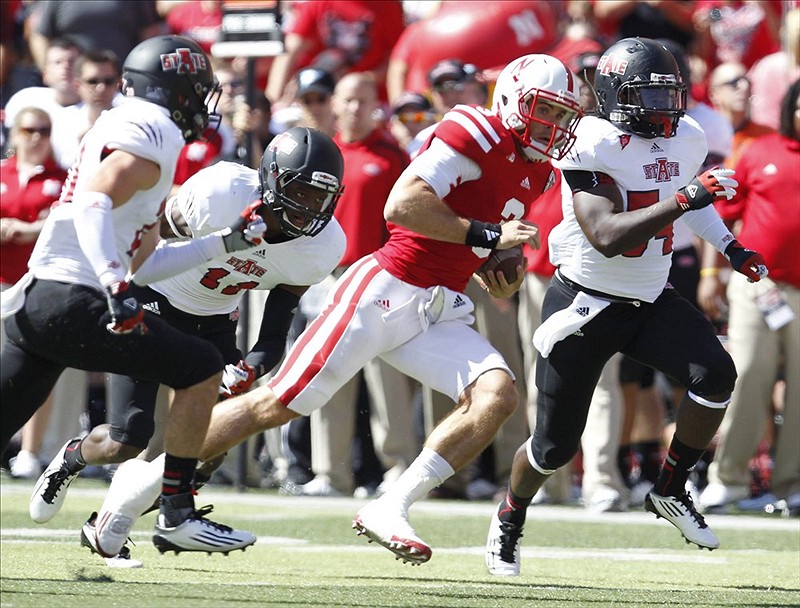 The winner will become the Big Ten front-runner for the award while also getting a big leg up in a national race that also includes West Virginia?s Geno Smith and Oregon?s De?Anthony Thomas, among others.

With conference play beginning in earnest across the nation, the competition will get more difficult for everyone-and some Heisman dreams are sure to drop, which will happen to Miller or Bell if their team loses this major Big Ten battle on Saturday in East Lansing.

Here are my top three Big Ten players in contention for the Heisman Trophy.

1. Braxton Miller, Ohio State. Nothing has changed after another strong effort last Saturday vs. UAB. The sophomore ran 11 times for 64 yards and two scores and completed 12-of-20 passes for 132 yards in the 29-15 victory over the Blazers. Miller has a great chance to perhaps-PERHAPS-leap to the top of Heisman straw polls with a big effort in a win at Michigan State this week. The Spartans have the No. 1 defense in the Big Ten and No. 6 in the nation. (233.5 ypg). Miller is No. 2 in the Big Ten in rushing with 67 carries for 441 yards and seven touchdowns (110.3 ypg). He also has hit 61 percent of his passes (60-of-98) for 754 yards with seven touchdowns and two interceptions. Add it all up, and Miller is averaging 298.8 yards of total offense to rank 25th in the nation.

2. Le?Veon Bell, RB, Michigan State. The bullish junior-who leads the Big Ten and is No. 3 in the nation in rushing (152.5 ypg)–is on the move after he literally and figuratively carried the Spartans to a 23-7 victory last week over Eastern Michigan. With the passing game struggling, Michigan State needed Bell to carry 36 times for a career-high 253 yards and a touchdown. Without Bell, MSU may have lost. In the opener, Bell ran a career-high 44 times for 210 yards in a win over Boise State. Bell can greatly enhance his candidacy with Ohio State coming to East Lansing. Many feel the Buckeyes have the best team in the Big Ten. Run wild in a victory over Ohio State with the ESPN GameDay crew in town, and Bell may become a top three Heisman candidate in the nation. Oh-by-the-way: Ohio State is last in the Big Ten in total defense (394.8 ypg) and No. 7 vs. the run (117.5 ypg).

3. Taylor Martinez, QB, Nebraska. With Denard Robinson?s struggles in big games vs. Alabama and Notre Dame, the Michigan signal-caller drops out. And Martinez is in for a Nebraska offense that is as hot as any in the Big Ten. Martinez is the most efficient passer in the Big Ten, hitting 70.7 percent of his attempts (65-of-92) for 878 yards and a Big Ten-high nine touchdowns, to just one interception. And Martinez has a chance to impress with Wisconsin coming to town for a big game this Saturday. Beat the Badgers and have big numbers, and Martinez will likely appear on more Heisman radars. Martinez hasn?t needed to run as much this season but has carried 37 times for 191 yards (5.2 ypc) with two touchdowns. The junior is a true threat to score each time he touches the ball for a Cornhusker attack that averages a Big Ten-high 48.5 points and 541.8 yards per game.