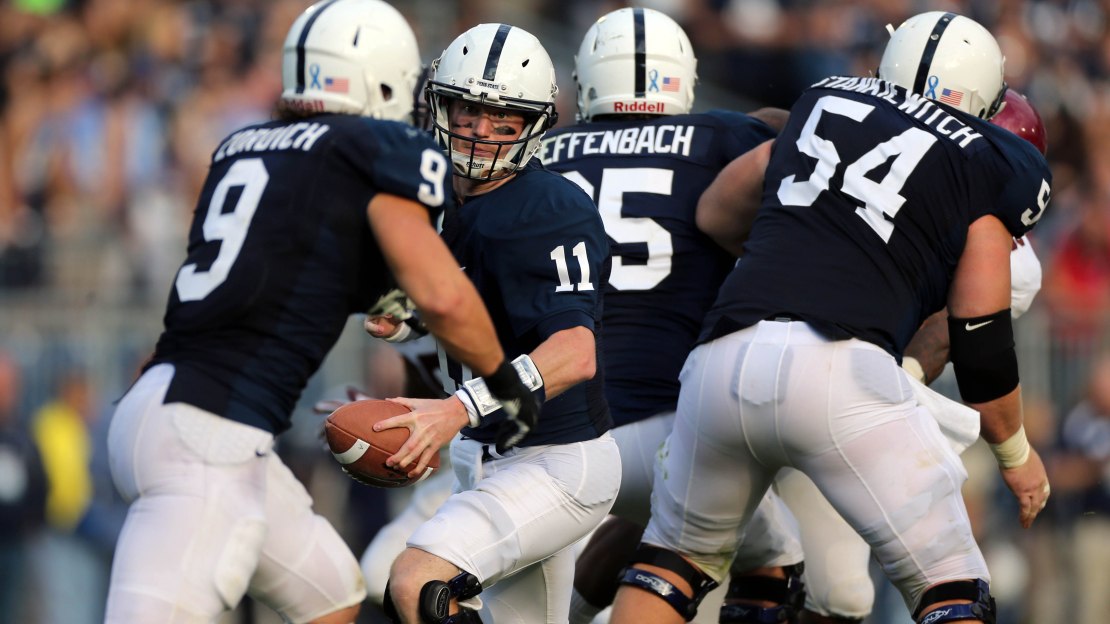 Another Saturday looms. And, I have questions. Here are my most pressing queries for the 11 teams in action entering Week 5, the first week of conference play.

Read all of my Big Ten coverage here and don't forget to send any of your questions my way for my weekly Big Ten Mailbag.

Illinois
Who will be the quarterback? Nathan Scheelhaase started last week after hurting an ankle in the opener, and he hit 8-of-11 passes for 85 yards with a touchdown and pick. Reilly O?Toole took over and completed 19-of-25 passes for 120 yards in the 52-24 loss at home to Louisiana Tech. Teetering at 2-2 with hot Penn State heading to Champaign, Illinois needs to settle this with Big Ten action about to heat up.

Indiana
Is the defense ready for league action? The Hoosiers were off last week, presumably giving a defense that ranks 10th in the Big Ten (363.7 ypg) a chance to tighten before a visit to Northwestern. Will we see any new wrinkles vs. a dynamic Wildcat offense?

Iowa
Will the 2-2 Hawkeyes, who could be 1-3, have a hangover from their stunning 32-31 last-second home loss to Central Michigan? No time to hang heads with Minnesota coming to Iowa City and Floyd of Rosedale on the line. The Golden Gophers have opened with a 4-0 mark, and has wins in their last two meetings with the Hawkeyes. Iowa was done in vs. CMU by poor pass defense (26-of-35 for 283 yards) and penalties (9 for 106).

Michigan State
When will the passing game come to life? Andrew Maxwell connected on 16-of-29 passes for 159 yards and a touchdown in a 23-7 home win over Eastern Michigan that was much closer than the score says. MSU had to rely too heavily on Le?Veon Bell. This can?t continue, especially with Ohio State coming to town. Bell needs help. Now.

Minnesota
Can the Golden Gopher defense keep it up? Minnesota has been an early feel-good story. Credit a defense that ranks No. 3 in the Big Ten and No. 21 in the nation (307.5 ypg). The unit has been especially good at generating turnovers, ranking first in the Big Ten with 10. A visit to struggling Iowa looms.

Nebraska
Has the defense stabilized? After getting rocked for 653 yards (second most ever in a game in school annals) at UCLA, normalcy seems to have returned for the Husker defense. In the last two games, Nebraska has yielded 286 yards and 210 yards. Granted, that was vs. Arkansas State and FCS Idaho State, but it?s a start nonetheless with a still-developing Wisconsin club coming to town.

Ohio State
Are there issues on defense? From the ?I Can?t Believe It? Department: The Buckeyes are last in the Big Ten in total defense (394.8 ypg). And this is after games vs. Miami (Ohio), UCF, Cal and UAB. Pass defense has been the issue, as OSU is 11th in the conference (277.3 ypg). This defense is too talented and too well coached to not be playing better. A trip to Michigan State is up.

Penn State
Can Matt McGloin continue to be a star? The senior has been one of the best stories of the early part of the season, as the Nittany Lion offense has ridden his right arm to a 2-2 record. Get this: McGloin leads the Big Ten in passing yards with 1,006 and touchdown passes with nine. And he has just two picks. No one saw this coming. Not even McGloin?s mom. Well, maybe she did.

Purdue
Can the Boilermakers cut down the turnovers? Purdue was off last week, so maybe it worked on it. In three games, the Boilers have committed nine turnovers. And get this: seven have been committed by the quarterback position. Marshall comes to Purdue this Saturday. Get it buttoned up, Pete.

Wisconsin
Can the offense stay on track? One fired offensive line coach and one quarterback change later, the Badger offense may be settling. The total offense numbers have gone up each of the last two weeks (234 to 423). But RB Montee Ball left last week?s win with a head injury. Will he play with a concussion? It may not matter with James White and Melvin Gordon looking capable of carrying the load at running back with a game at Nebraska on tap.