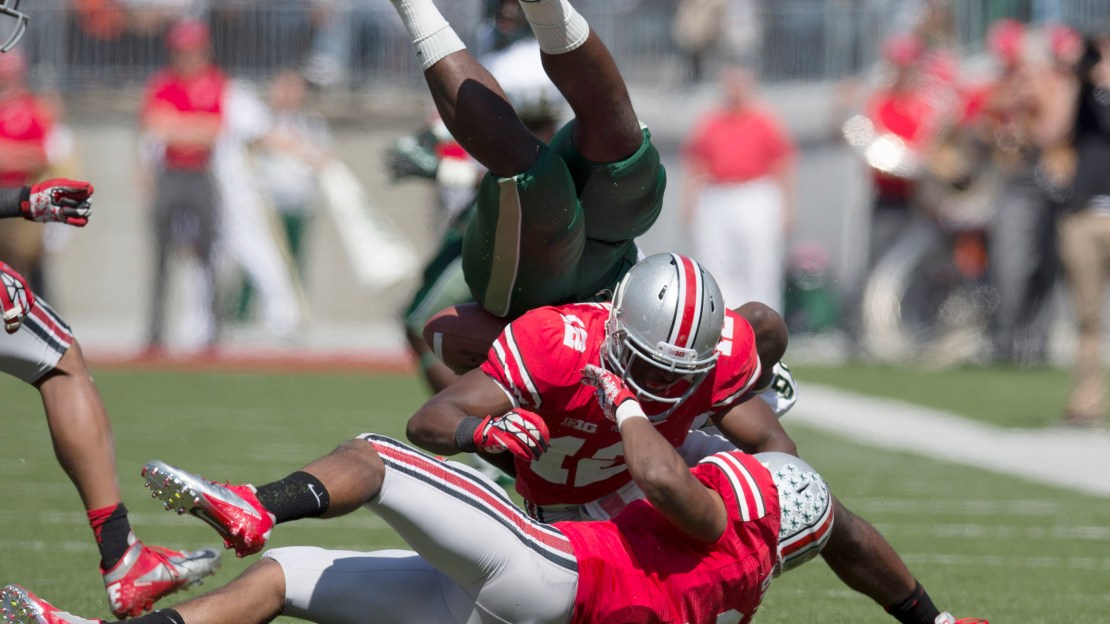 Braxton Miller ran for two touchdowns and No. 16 Ohio State overcame a lethargic, mistake-filled effort to hold off UAB 29-15 on Saturday in the Buckeyes' final tune-up before Big Ten play. UAB (0-3) more than held its own against the Buckeyes (4-0), who committed drive-killing penalties, had a punt blocked for a touchdown and had trouble scoring against a defense giving up 44 points and 477 yards a game.

The Blazers picked up points on special teams and started the second half by recovering an onside kick, but were undone by four chop-block penalties and a giveaway that led to a score.

FINAL: Braxton Miller and Jordan Hall teamed up to lead No. 16 Ohio State to a 29-15 victory over UAB on Saturday at Ohio Stadium. Miller racked up 143 yards through the air and Hall rumbled for 104 yards on the ground.

Darrin Reaves did his best to carry the Blazers' offense, turning 16 carries into 70 rushing yards.

UAB's offense finished the game having gained 401 yards, including 259 passing yards on 28 completions. The Blazers also moved the ball on the ground, earning 142 yards on 34 attempts.