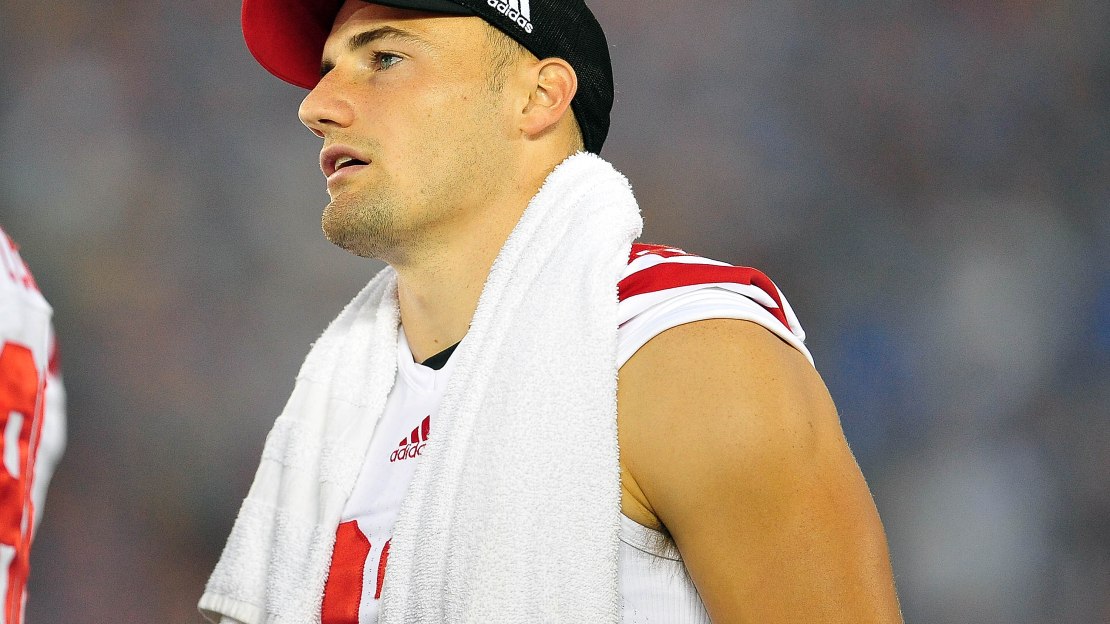 Nebraska's Rex Burkhead sprained the MCL in his left knee during the Huskers' season-opening victory over Southern Miss, and he hasn't played since. The star running back says he will play Saturday in the team's final nonconference game. But should the Huskers play Burkhead and risk further injury against Idaho State? Tom Dienhart and Brent Yarina debate the topic in this post.

An update: Burkhead is set to return on Saturday.

Brent: I have to go with an emphatic no on this one. There?s no need to put Rex Burkhead at risk, especially against a team the caliber of Idaho State, the way Ameer Abdullah is running. None at all.

Tom: I think the Cornhuskers should play Burkhead. In fact, Bo Pelini has said Burkhead could have played last week if needed. So, get him out there this week to knock off the rust before the Big Ten season starts.

[WATCH: BTN2Go Field Pass is at Memorial Stadium this week]

Brent: I hear the give-the-guy-reps-before-Big Ten-play argument, and I?d agree with you if Abdullah wasn?t tearing it up (286 rushing yards, 4 TDs in two starts). Point is, the Huskers will need Burkhead – no matter how well Abdullah is doing – down the road. Knee injuries are tricky, and I?d rather risk losing him for the season against, say, Wisconsin than Idaho State - even if it means he?s a little rusty in the Big Ten opener. Remember, Abdullah is there to pick up the slack while Burkhead knocks off the rust in Big Ten play.

Tom: Yes, no doubt, Abdullah is doing well. But he isn?t Burkhead. I understand that Nebraska probably doesn?t need Burkhead to beat Idaho State. Still, this is the type of foe Burkhead needs to come back against. It?s a weaker opponent, so Burkhead will be able to develop confidence in his knee and test its strength on cuts, etc., without worrying about getting smashed by a Buckeye or Badger.

Brent: Exactly. We?re talking about one of the Big Ten?s best players, a guy many experts pegged as a preseason Heisman Trophy contender. The way knee injuries strike, often times on non-contact plays, it doesn?t matter if the opponent?s defense is good or bad.

Tom: I know the risk involved, but I just think seeing Burkhead on the field would inspire and motivate the rest of the team. He?s perhaps the team?s top leader. And knowing Burkhead is willing to lay it on the line to help his team-no matter the foe-could be the spark that ignites a Cornhusker team that frankly has failed to live up to expectations at this point.

Brent: Fair enough. And I?m being super cautious, for sure. To that end, can you imagine if Burkhead?s final play in his career comes against Idaho State in a likely rout? Play it safe, Bo.

Tom: All I'm saying is get Rexy on the field-at least for a few plays on Saturday. His presence would mean more than his production on Saturday.

Brent: I can agree with that last part. And I'm not saying Burkhead will re-injure the knee if he plays. I just don't think the positives of him returning outweigh the possible negatives.

Here's how Nebraska fans feel about the issue, via Twitter:

@BTNBrentYarina Yes. Limit him but yes.

@BTNBrentYarina Yes, but his reps should be treated as if it were a spring game

@BTNBrentYarina of course, you don't want his first action back to be against Wiscy. Get him 10-12 touches and then rest hime

@BTNBrentYarina I think about 10 carries to knock the rust off would be good. There's no way Rex would let the coaches hold him out again ?

@BTNBrentYarina No! Nebraska should limit Rex's activity as long as they can. #Huskers #B1G

@BTNBrentYarina If Rex is cleared by medical staff, play him,,, but no more than 15 carries. Preferably 10-12 carries & that's it. #GOBIGRED

@BTNBrentYarina yes!!! he needs to get some work in before the Big10 schedule starts!

@BTNBrentYarina with this being a tune-up game, no he shouldn't.

@BTNBrentYarina No. Nebraska will win without Rex this week. Need him healthy for the Wisconsin game.