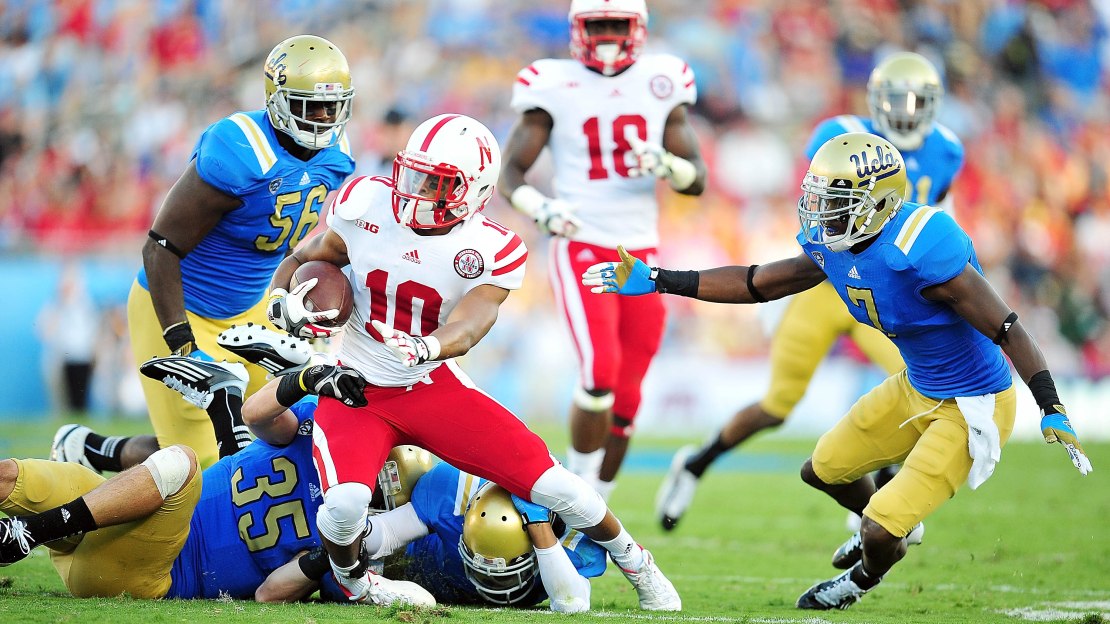 Brett Hundley passed for 305 yards and four touchdowns in an outstanding Rose Bowl debut, Datone Jones sacked Taylor Martinez for a tiebreaking safety with 8:44 to play, and UCLA surprised No. 17 Nebraska 36-30 Saturday night.

Johnathan Franklin rushed for 217 yards and caught an 8-yard TD pass with 2:13 to play for the Bruins, who improved to 2-0 under new coach Jim Mora with an impressive offensive performance against the Cornhuskers (1-1).

Joseph Fauria caught two TD passes and Steven Manfro grabbed another from Hundley, the redshirt freshman who went 21 for 31 and coolly led the Bruins to 653 total yards.

Martinez passed for 179 yards and made a 92-yard TD run in his return to his native Southern California.

FINAL: Brett Hundley threw for 357 yards and four touchdowns, leading UCLA to a 36-30 victory over No. 14 Nebraska on Saturday at Rose Bowl. The game was a shootout, with the offensive units for both teams putting up big numbers. The Bruins and the Cornhuskers rode their powerful offenses to a combined 1086 total yards.

UCLA and Nebraska traded the lead all game long. There were seven lead changes in the game before the Bruins ended up on top for good. UCLA's passing game looked flawless, despite the efforts of the Cornhuskers' secondary. The Bruins' air attack couldn't be contained, as they torched Nebraska for 362 yards and four touchdowns.

Taylor Martinez threw for 180 yards while going 17-32 for the Cornhuskers. He threw one interception. Martinez also ran for 109 yards and one touchdown on 13 attempts. Martinez's favorite target on the day was Kenny Bell. He hauled in six catches for 109 yards.

Nebraska racked up 438 total yards. Along with Martinez's stats in the passing game, the Cornhuskers also added 258 yards rushing on 36 attempts.