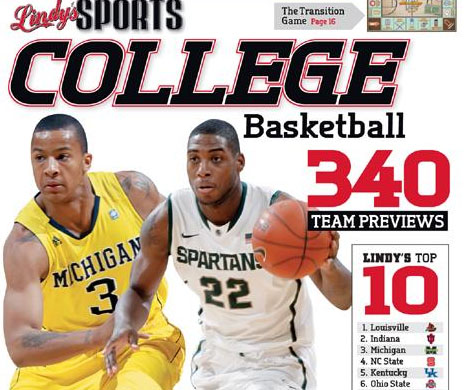 Is it November yet? This winter, the Big Ten will boast so much talent on the hardwood that we could be in store for one of the most exciting and memorable conference seasons in recent history. Lindy's Sports did nothing to temper those expectations, placing three Big Ten teams in the top six of its Lindy's top 10. That's Indiana, at No. 2, Michigan, at No. 3, and Ohio State, at No. 6. Not too bad.

All three of those teams figure to spend time ranked in the nation's top 5 during the 2012-13 season. Some would say that Michigan State will do the same, and it would be hard to argue against it. And then there's always Bo Ryan's consistently competitive Badgers. Add it all up, and that's why the battle for the Big Ten's top spot should be so exciting.