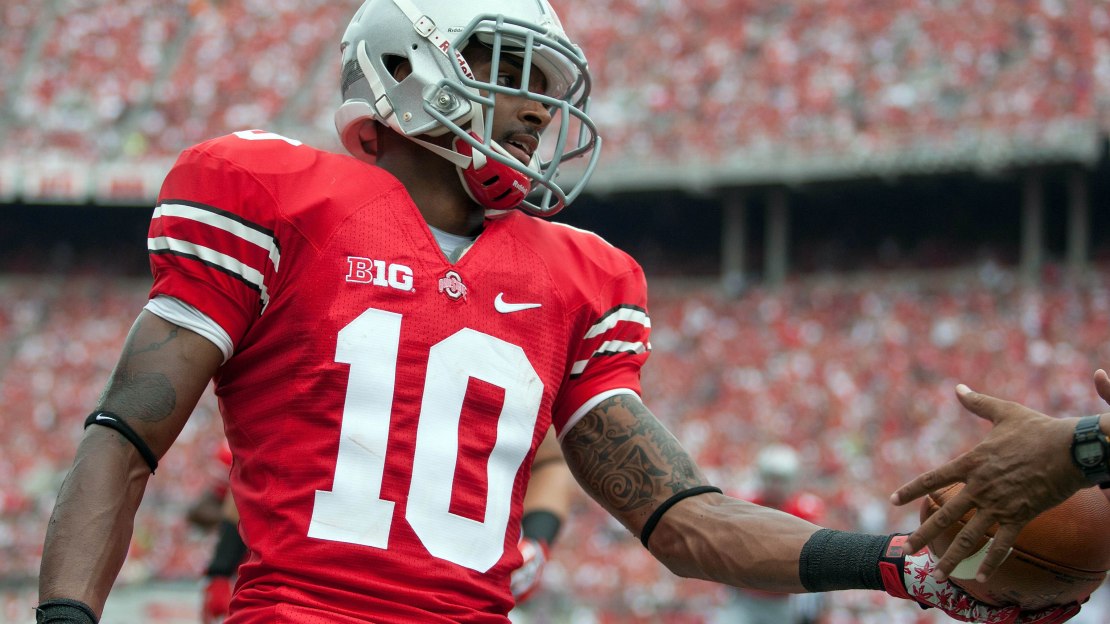 Week 2 is here, and questions loom for each team following the opening weekend. Can Indiana score more? Will Rex Burkhead play? Those are just a few of the pressing questions I have for each school as we head toward Saturday. Read all of my Big Ten coverage here and don't forget to send any of your questions my way for my weekly Big Ten Mailbag.

Illinois
Will QB Nathan Scheelhaase play? He left last week?s win over Western Michigan with an apparent ankle injury. It?s the Illinois staff policy to not comment on injuries, so no one knows if the junior will play this week at Arizona State. Once he left last week?s game, the offense bogged down with Reilly O?Toole running the attack. Scheelhaase still is listed as the starter and was at practice on Sunday night. But the team will continue to evaluate him. And Tim Beckman did say that Scheelhaase must practice by Wednesday is he?s gonna play.

[AP: Beckman unsure if Scheelhaase will play at Arizona State]

Indiana
Can the offense score more? The Hoosiers beat FCS Indiana State, 24-17. And quarterback Tre Roberson looked good in hitting 26-of-36 passes for 280 yards. But Indiana is going to have to score more as the competition gets stiffer on the schedule. The Hoosiers need more big plays in the passing game. Maybe getting wideout Kofi Hughes back from suspension will help in the visit to UMass.

Iowa
Will the passing game improve? The line struggled to protect quarterback James Vandenberg, who was sacked six times in an 18-17 win over Northern Illinois. Vandenberg completed 21-of-33 passes for only 129 yards with no touchdowns. Time and again, the Hawkeyes crossed midfield but failed to score touchdowns-until the late in the fourth quarter. The Hawkeyes need more of a vertical attack-and production from their receivers-vs. Iowa State.

Michigan
Will Denard Robinson be Denard Robinson? He endured one of the worst games of his career in a 41-14 loss to Alabama. The senior hit just 11-of-26 passes for 200 yards with a touchdown and two picks. He also ran 10 times for only 27 yards. No doubt, the Crimson Tide?s athletic defense and scheme had a lot to do with that. But, few schools have the same skill level as Alabama. Plus, Robinson should be helped by the return of running back running back Fitz Toussaint from suspension. What?s it all mean? This visit from Air Force could be just what cures Robinson.

Michigan State
Will Andrew Maxwell improve? He made his first career start last week vs. Boise State. And, it showed. He hit just 22-of-38 passes for 248 yards with three interceptions. Yes, Maxwell didn?t get much help from this receivers, who had some drops. The top pass catchers were a tight end (Dion Sims) and running back (Le?Veon Bell). Still, Maxwell must show a better command and presence in the pocket-as well as touch and accuracy-at Central Michigan.

Minnesota
Can MarQueis Gray improve his touch? Yes, he helped the Golden Gophers gut out a triple-overtime victory at UNLV, but Gray?s passes were off the mark on many occasions. According to Jerry Kill, Gray missed the mark several times on what could have been nice gainers down the field. Gray hit just 17-of-30 passes after competing just 50 percent in 2011. More is expect from the senior. Maybe playing FCS New Hampshire will help.

Nebraska
Will Rex Burkhead play? The star Cornhusker running back left the win over Southern Miss with an injury after running three times for 68 yards and a touchdown. Bo Pelini says Burkhead is questionable for the game at UCLA. If Burkhead can?t go, the Huskers should be OK with the likes of Ameer Abdullah, Imani Cross and Braylon Heard. Abdullah ran 15 times for 81 yards vs. Southern Miss. Still, none are as good as Burkhead, who also has a Heisman campaign to maintain.

Northwestern
Can the defense tighten? Hey, there may not have been a more exciting game in college football in the opening week than the Wildcats? 42-41 victory at Syracuse. But the Northwestern defense blew a 35-13 third quarter lead en route to yielding 596 yards. The Wildcats allowed 470 through the air. The defense was an issue entering 2012; and it looks like questions persist. A visit from Vanderbilt will be a tough test.

Ohio State
Can the defense continue to dominant? Yes, the Buckeye offense impressed in the opening 56-10 victory over Miami (Ohio). Quarterback Braxton Miller ran for a school single-game quarterback record 161 yards. But the defense was equally as impressive in holding the RedHawks to minus-one yards rushing and forcing three turnovers. That must continue vs. a tough Central Florida team, as the offense figures to have more ups and downs than the defense early on this season.

Purdue
Can the defense pick up where it left off vs. Eastern Kentucky? In the 48-6 victory over the FCS Colonels, the Boilermakers rationed EKU 190 yards. Purdue allowed just 85 yards passing and generated four turnovers. The Fighting Irish looked good in a 50-10 win over Navy in Ireland, with the offense generating 490 yards. Quarterback Everett Golson completed 12-of-18 passes for 144 yards, and ND ran for 293 yards behind Theo Riddick?s 107 yards rushing. And George Atkinson III had 99 yards on nine totes. A strong Boiler front led by tackle Kawann Short and end Ryan Russell must have a big game.

Wisconsin
Will Montee Ball be Montee Ball? Yes, the 2011 Heisman finalist ran for 120 yards and a touchdown in the 26-21 victory over FCS Northern Iowa. But, it wasn?t vintage Ball, who is coming off a concussion suffered in early August. Oregon State typically has a strong defense. The Beavers? season opener vs. Nicholls State was postponed because of Hurricane Isaac. There is a sense of urgency in Corvallis for coach Mike Riley, who is coming off consecutive losing seasons. Ball needs to take over and show he still has his 2011 form.