Big Ten in Review: The top 10 stories of Week 1 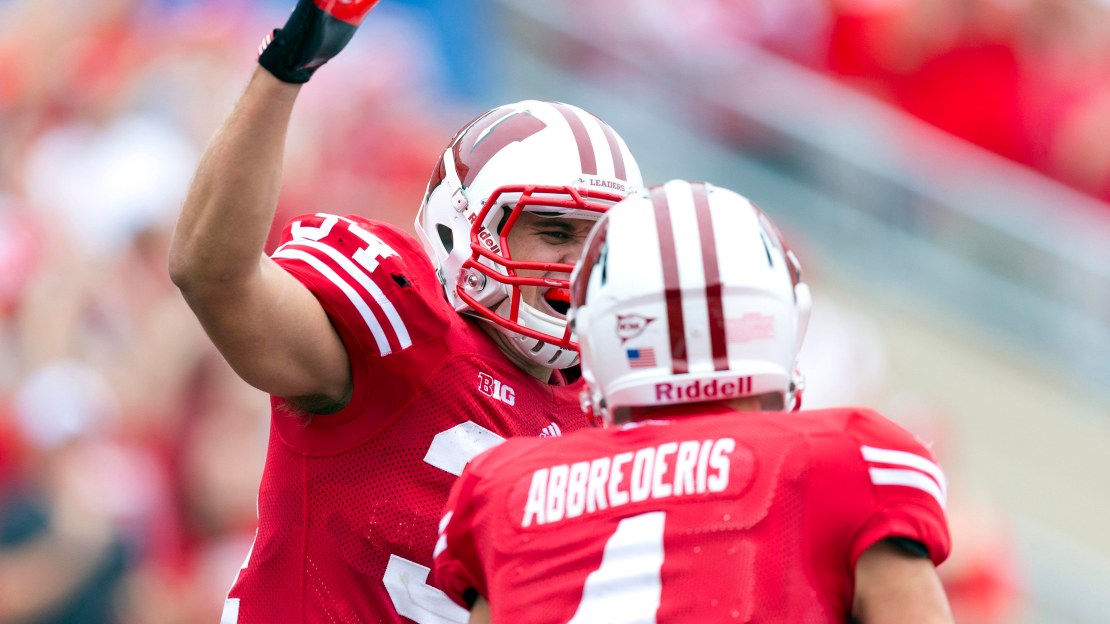 Football is back. Everyone has to be thrilled about that, right? The Big Ten went 10-2 in the opening week of the season, including Michigan State's comeback win over ranked Boise State. See BTN.com's top 10 stories from a newsworthy last seven days in this post.

10. Did You See This? Braxton Miller takes it to the house
Braxton Miller is still a work in progress as a passer. But there is absolutely nothing wrong with his running. Miller showcased his ground skills throughout Saturday?s season opener against Miami (OH), and at no point were they more apparent than on his 65-yard scoring scamper to open the third quarter. Miller ran past defenders, and then used a strong stutter-step to get his way past the last couple of defenders and into the end zone to give Ohio State a 28-3 lead.

9. Dienhart: 5 things I learned in Week 1
Week 1 is in the books. The Big Ten compiled a 10-2 record on the opening weekend, with Michigan and Penn State suffering the lone hiccups. But what did I learn from the first week of action? As I will do every Sunday morning during the college football, I share the five things I learned from that week?s games. I learned a lot from Week 1, none bigger than Michigan and Brady Hoke have some work to do. See all five things in this post.

8. 1st Quarter Recap: Miami (OH) 3, Ohio State 0
The two teams combined for more punts than points in a slow first quarter and Miami (OH) leads 3-0 at the end of the first quarter. There were six punts in the quarter as neither team could find a way to move the ball. The RedHawks held No. 18 Ohio State to just five yards passing during the quarter.

7. Dienhart: Week 1 to answer my Big Ten questions
This is the first edition of a new weekly post where I will look at one key question for each team in a piece called: 12 Teams, 12 Questions. I?ll roll these out every Tuesday and look forward to hearing what you think about your team and your team?s games.

6. Before we get started: 2012 B1G football predictions
With the 2012 college football season kicking off Thursday, it?s time to offer my quick predictions. Where will each team finish in the Big Ten standings? I offer my best guesses. Who are some likely breakout players? I mention a few candidates. And who will hoist the hardware at the second annual Big Ten title game? I see history repeating itself.

4. Dienhart: Bell, Spartans top B1G Power Rankings
It?s Sunday, and that means it?s time for my weekly Big Ten Power Rankings. Where does your Big Ten team fall on my list following Week 1 action? See in this post. Disagree with my rankings? Leave your thoughts in the comment box at the bottom of the post or tweet me @BTNTomDienhart.

3. Dienhart: My preseason Big Ten Bowl Projections
The first week of the season is here! Optimism runs high across the nation, as bowl dreams dance in the minds of fans and coaches from across the Big Ten. The Big Ten has tie-ins with eight bowls-and it has just 10 bowl-eligible schools, as Penn State and Ohio State are banned from the postseason in 2011.

2. Did You See This? Devin Smith's one-handed TD grab
Pardon the hyperbole, but there may not be a better catch all season long than the one Ohio State?s Devin Smith made in Saturday?s season opener against Miami (OH). Early in the second quarter, with Ohio State trailing Miami (OH), Smith gave the Buckeyes the lead with an incredible one-handed touchdown grab. Watch Smith use nothing but his right hand to bring down Braxton Miller?s 23-yard touchdown pass right now.

1. Nike tweaks Purdue's logo
According to The Exponent, Purdue will have a new logo in the coming months. Like the old one, it still features the train, only with a few tweaks, recommended by Nike.