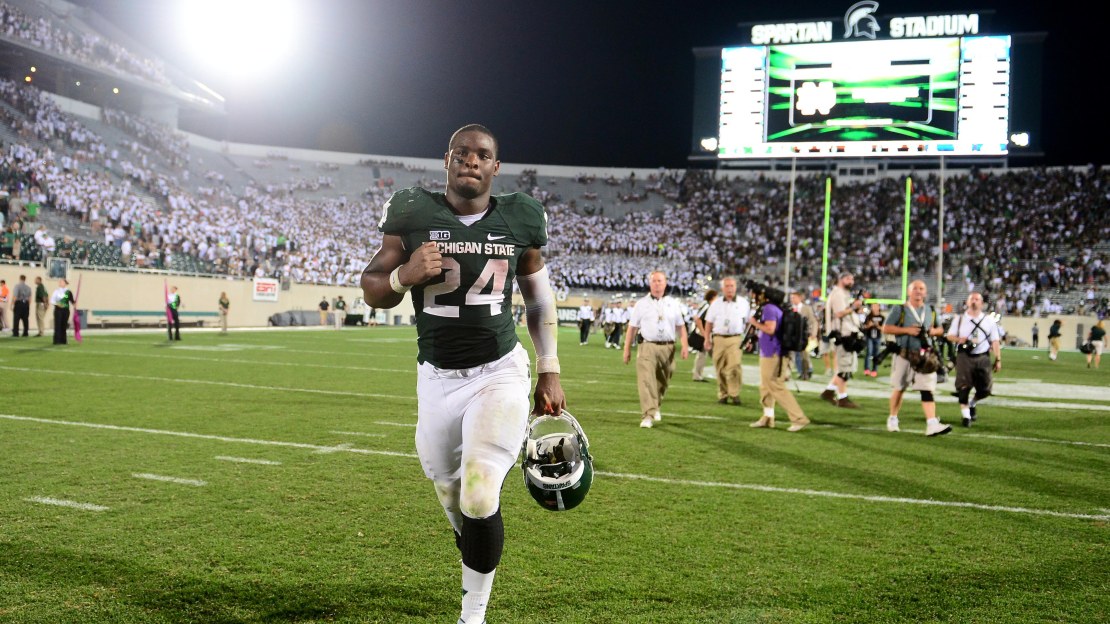 In case you missed it Friday night, Michigan State running back Le'Veon Bell put on quite the performance against Boise State. The junior star had his "Heisman Moment," one could argue, touching the ball 50 times and totaling 265 yards and two touchdowns in the Spartans' 17-13 comeback win at Spartan Stadium. Bell on his big night: "I had no idea how many carries or yards I had. It was the most I've had in my collegiate career," he told The AP. "But I've still got a lot of things to work on to get better." That's a scary thought for Big Ten defenses. Read more about Bell's big night in this post.

People knew Bell was good before tonight, right? Feel like this shouldn't surprise anyone — Le'Veon Bell is really freaking good.

Ironic that a former 2 star recruit (LeVeon Bell) is doing this to Boise?

Big win for MSU, 17-13 final. Le'Veon Bell, your Heisman campaign has begun. His 44 carries tied for fourth-most in MSU history.

And here is post game interviews with coach Mark Dantonio and Le'Veon Bell.